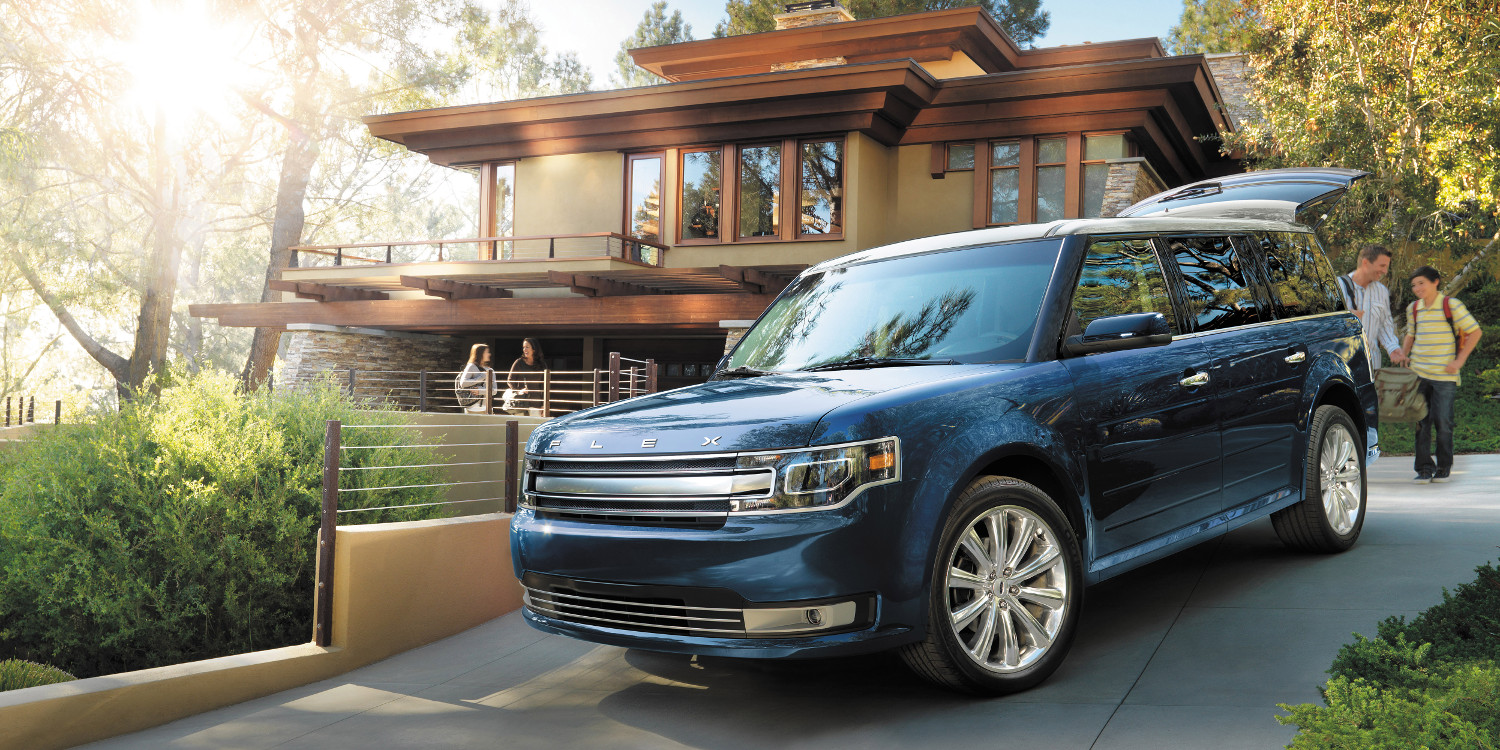 The 2016 Ford Flex has changed minimally from the 2015 model, although the new SYNC 3 infotainment system comes standard on all SEL and Limited models. Edmunds also reported on a new $1,495 Appearance package with a black painted roof and door mirror caps, premium 20-inch wheels, unique door trim and IP appliqués, and a few other alterations. A rearview camera is standard on all trim levels – as legally mandated – and three new paint colors are available: “Shadow Black”, “Too Good to Be Blue”, and “Kona Blue”.

The 2016 Ford Flex configurator is now live on Ford.com, so feel free to build and price to your heart’s content.