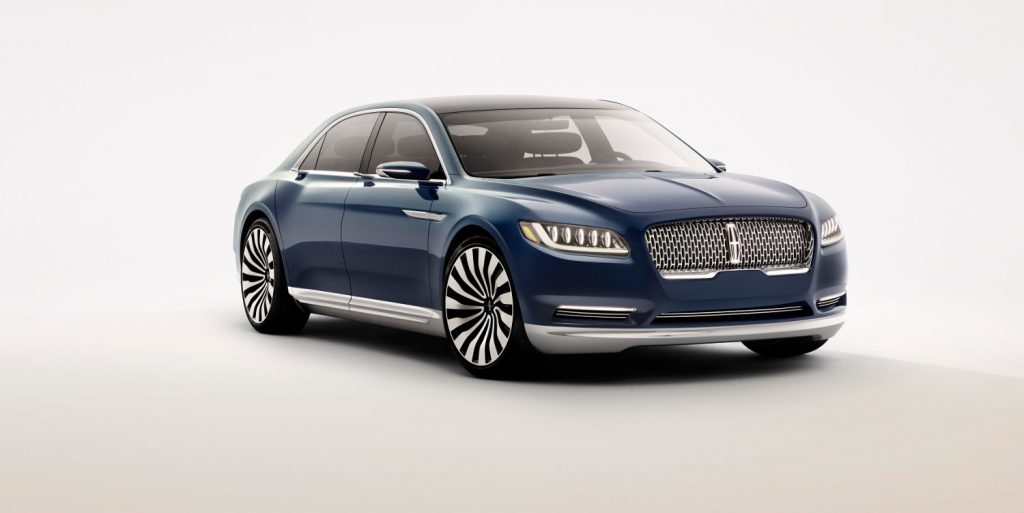 Just yesterday, Autoblog posted a very sad series of images indeed, depicting what appears to be a prototype 2017 Lincoln Continental in camouflage being towed home after an apparent mechanical fault.

We won’t begin to speculate on what that mechanical fault could have been, but at the very least, Lincoln’s misfortune is our jackpot; the circumstances allowed a spy photographer to snap many a crystal clear photograph. Those images can be seen on the Autoblog website.

Seeing as the automaker has already told us that little would change between the 2017 Lincoln Continental concept shown at the New York Auto Show earlier in the year, and the official production car, we can only learn so much from images of a camouflage-clad prototype. Nevertheless, the spy photos do afford us a good look at the sliding panoramic glass roof of the new Lincoln Continental. The roof is akin to that found on the Lincoln MKZ, although unlike that car, Autoblog points out that the Continental’s roof oughtn’t to obscure any part of the rear window when opened.

Other obvious changes from the New York concept include a more modest set of wheels, and a duo of exhaust tips integrated into the rear bumper, to the concept’s four.

Stay tuned for more on the 2017 Lincoln Continental ahead of its public debut in production-ready form at the 2016 North American International Auto Show in Detroit.