The Ford Thunderbird is a quintessential American automotive icon. Launched in 1955, the two-door, two-seater coupe didn’t aspire to take down bona fide sports cars like the Corvette (launched just two years prior). Instead, it carved out a brand new niche for itself, that of the “personal luxury car,” and earned itself a place in the annals of American car history in the process.

Today, we’d like to call your attention to a 1955 Ford Thunderbird for sale through Hemmings that you could own today. Located in Deerfield Beach, Florida, this sharp-looking Ford Thunderbird isn’t exactly stock; it has been converted to a more modern 12-volt electrical system, and its current white paint hides the original red from the factory. The stock Y-block V8 engine and transmission have also been swapped out, in favor of a 289 ci and a 4-speed.

This 1955 Ford Thunderbird isn’t fit to be a museum piece, then, but it is a clean, working example that one could pull out of the garage every Sunday for a fun, no-sweat spin. The seller is asking $24,000 which, even for an unoriginal car, seems like a steal for such a tidy example from the Ford Thunderbird’s first model year.

You can check out the full listing on Hemmings. 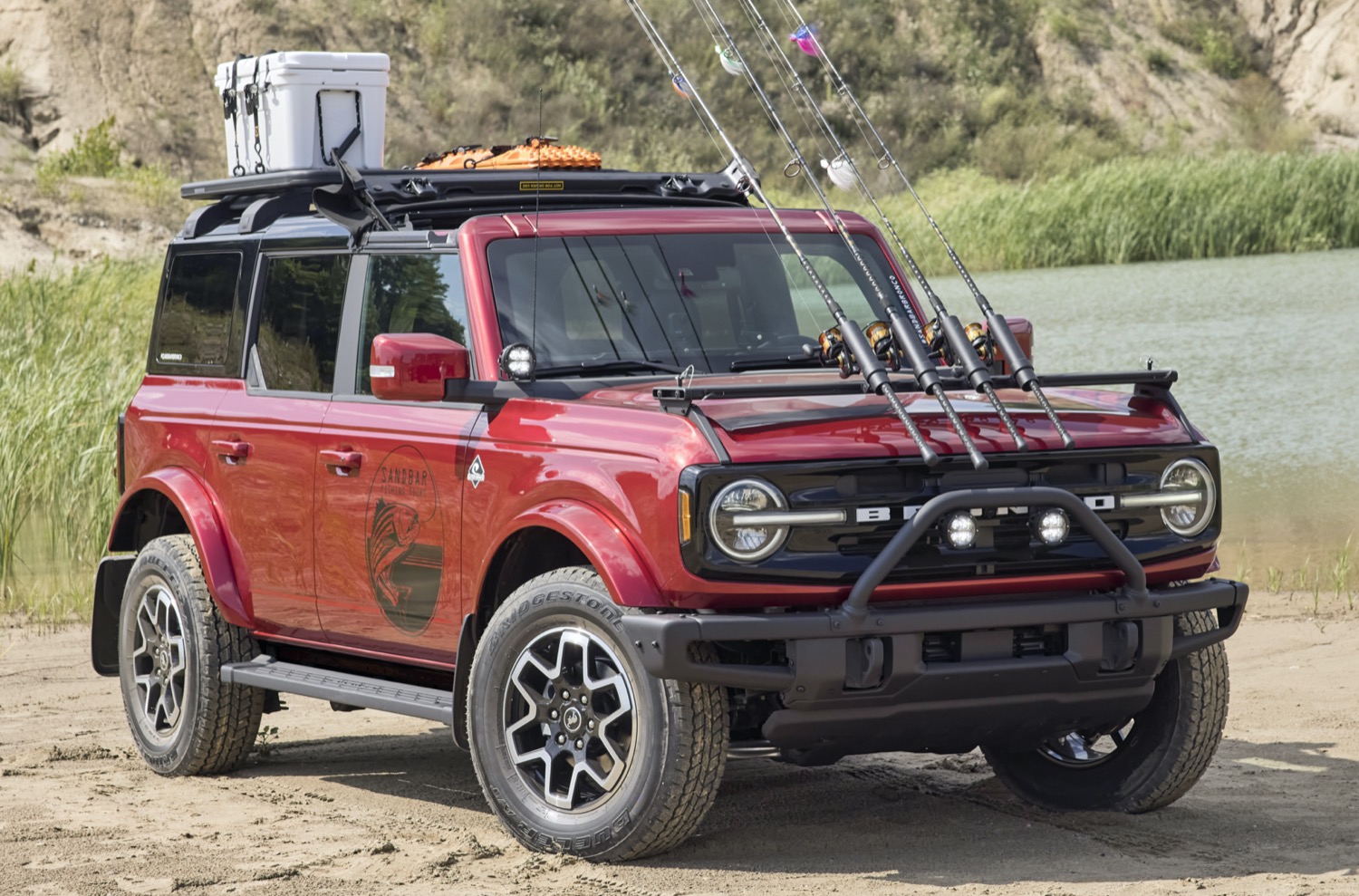 2021 Ford Bronco Fishing Guide Concept Is All About The Catch