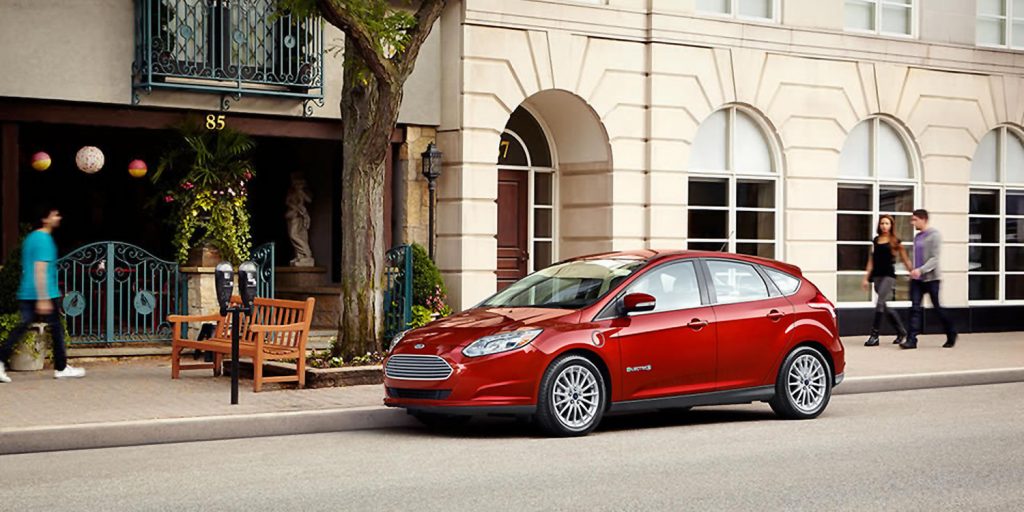 Along with last week’s announcement that Ford Motor Company would be investing a total $4.5 billion into electrified vehicles by the year 2020, CEO Mark Fields revealed that the Ford Focus Electric would be receiving a refresh in late-2016 for the 2017 model year.

The Ford Focus Electric is Ford’s first – and so far, only – full-electric production passenger vehicle. It first launched for the 2012 model year.

With a projected range of 100 miles on a full battery-charge, the refreshed 2017 Ford Focus Electric will surpass the EPA-certified 76-mile range of the car it replaces. It will also be the first product from Ford Motor Company to offer a new DC fast-charge feature, enabling the new Ford Focus Electric to replenish 80 percent of its battery capacity in just half-an-hour. The automaker says that’s up to 2 hours faster than the current Ford Focus Electric using a 240-volt AC charger.

In addition, the 2017 Ford Focus Electric will feature a digital “Brake Coach,” which can teach the driver how to brake more smoothly in order to maximize the amount of electricity recaptured through the car’s regenerative braking system, along with a handful of other “EcoGuide” power usage displays designed to fill the driver in on how their battery charge is being utilized.