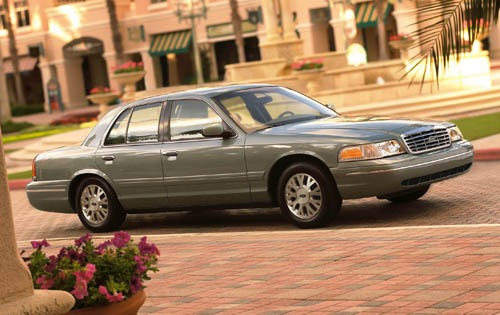 The defect: the solder joints of the lighting control module could crack and interrupt power to the headlamps.

The hazards: interrupting power to the headlamps can cause the lights to flicker or no longer function, increasing the risk of crash at night. Ford is aware of 11 reports of accidents and one report of a minor injury related to this issue. According to NHTSA said some drivers were able to turn the lights back on, while some said lights flickered before turning off completely.

Affected vehicles: certain 2003-2005 Ford Crown Victoria and Mercury Grand Marquis vehicles built at St. Thomas Assembly Plant between October 3rd, 2001 through August 2nd, 2005. The Ford Crown Victoria was often used as a police vehicle or taxis before the automaker phased it out in 2011.

Number of affected vehicles: a total of 312,814 vehicles might be affected in North America, including:

The fix: Ford will notify owners and dealers will replace the lighting control module at no cost to the customer.

Owners should: owners who wish to know if their vehicle is included in these recalls can visit http://owner.ford.com and click on Safety Recalls at the bottom of the page. There, customers can enter their Vehicle Identification Number (VIN) to see any open safety, compliance or emissions recalls, as well as customer satisfaction programs.

Notes: in August, the U.S. National Highway Traffic Safety Administration opened a new investigation of more than 500,000 Ford Crown Victoria and Mercury Grand Marquis vehicles after reviewing more than 3,600 complaints of lighting failures as well as reports of 15 crashes and one injury. In 2008, the agency investigated the same lighting issue but did not demand a recall as it did not find reports of crashes linked to the issue.

This Mercury Grand Marquis Wagon Concept Needs To Be Built