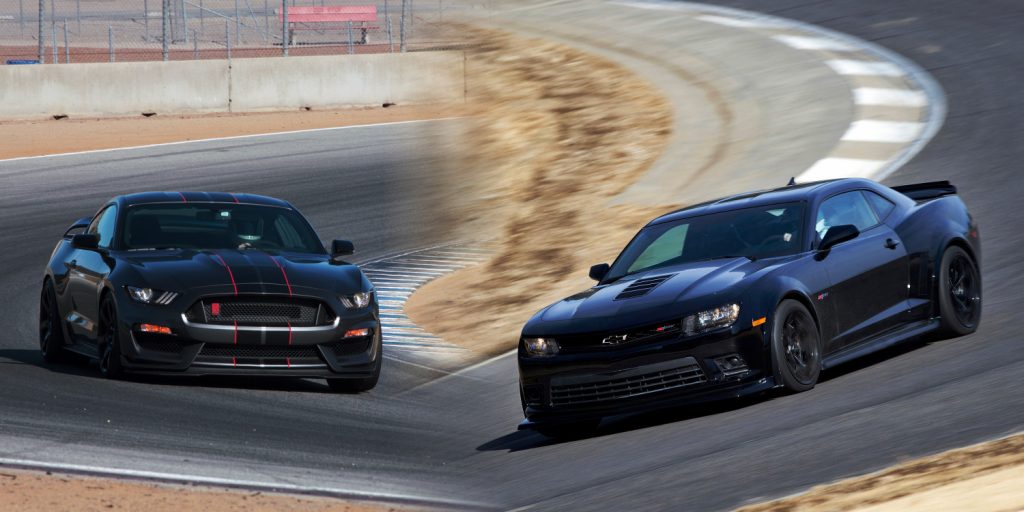 The last time that a Shelby GT350 Mustang and a Camaro Z/28 were offered side-by-side was 1970 – likely long before much of our readership was born.

That doesn’t mean that a comparison test between the two is without cultural context today. We all know that today’s 2016 Shelby GT350R represents the most supreme model of the Ford Mustang available, as surely as we know what the 2015 Camaro Z/28 means to Chevrolet’s pony car line. These are two badges with positively no trouble getting people excited.

Motor Trend recently had the occasion to compare the two models, testing both the 2016 Shelby GT350R and the 2015 Camaro Z/28, and the results shouldn’t surprise you; the 2016 Shelby GT350R Mustang outperformed Chevrolet’s top-shelf Z/28 in every objective measure, and in many subjective respects, too. You can read the full comparison test on Motor Trend‘s website.

The reason that the Shelby GT350R’s victory doesn’t surprise us is that Ford Performance engineers benchmarked the new, track-capable Mustang against the Z/28 from the start, reaching the same inevitable conclusion. While many automotive publications are broadcasting the opinion that the new 2016 Camaro SS is a generally better pony car than the 2016 Mustang GT, and instrumented testing lends the opinion some credence, the 2015 Chevrolet Camaro Z/28 doesn’t have the benefit of magnetorheological dampers, the lightweight Alpha platform underpinning the Cadillac ATS and new sixth-generation Camaro, or a rev-happy, 8,250 rpm-capable flat-plane crank V8.

The only replacement for displacement is low-inertia engine internals.

So, the 2016 Shelby GT350R rides better, weighs some 230 pounds less, and produces more horsepower, with a much broader range of engine speeds. The result is a car that, on both track and street, both subjectively and objectively, puts the 2015 Chevrolet Camaro Z/28 in its place.