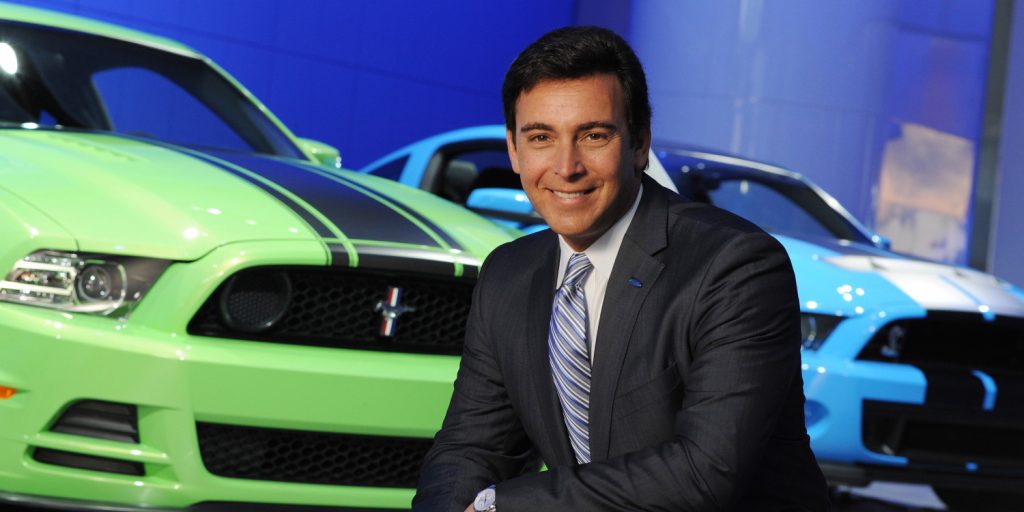 Every year, the Motor Trend Power List names the top 50 most influential people in the automotive world, no matter what company, country, or continent they hail from. A new 2016 Motor Trend Power List has been released, naming no less than four Ford executives (plus a certain popular Ford Racing rally car driver named Mr. Block) among the compilation of 50 total names.

Named to the No. 41 slot is Ford Performance Vehicle Chief Engineer Jamal Hameedi. Mr. Hameedi was not ranked last year; for 2016, he makes the Motor Trend Power List by virtue of being hugely responsible for the 2017 Ford GT, 2016 Ford Focus RS, and just about anything else slated to come out of the Global Ford Performance division.

Next highest on the list is another man involved in such lofty projects as the new GT and Focus RS: Ford Performance Director Dave Pericak. His name occupies the No. 19 slot. Before being named Director of the newly-consolidated Global Performance division, Mr. Pericak served as the chief engineer of the sixth-generation Ford Mustang, helping the car transition from solid-rear antiquity to independent-rear modernity without losing that Mustang je ne sais quois.

Just three slots above Mr. Pericak on the 2016 Motor Trend Power List, in slot No. 16, is a name you’ve almost certainly heard before: Ford VP of Global Product Development Raj Nair. Like the aforementioned, Nair, too, has been intimately involved with the Ford Performance portfolio. But rather unlike Mr. Hameedi and Mr. Pericak, Raj Nair has made plenty of major contributions elsewhere, such as facilitating the F-150’s switch to a lightweight aluminum body. Mr. Nair was named to the Motor Trend Power List last year, as well, in the No. 15 slot.

Finally, in slot No. 15 is Ford CEO Mark Fields, who took the reins from Alan Mulally as recently as July, 2014. Mr. Fields has done a fine job in that regard, carrying on the former CEO’s “One Ford” philosophy, and consolidating the automaker’s numerous performance badges into a single, cohesive division.

Last year, Mr. Fields came in at No. 11 on the Motor Trend Power List.