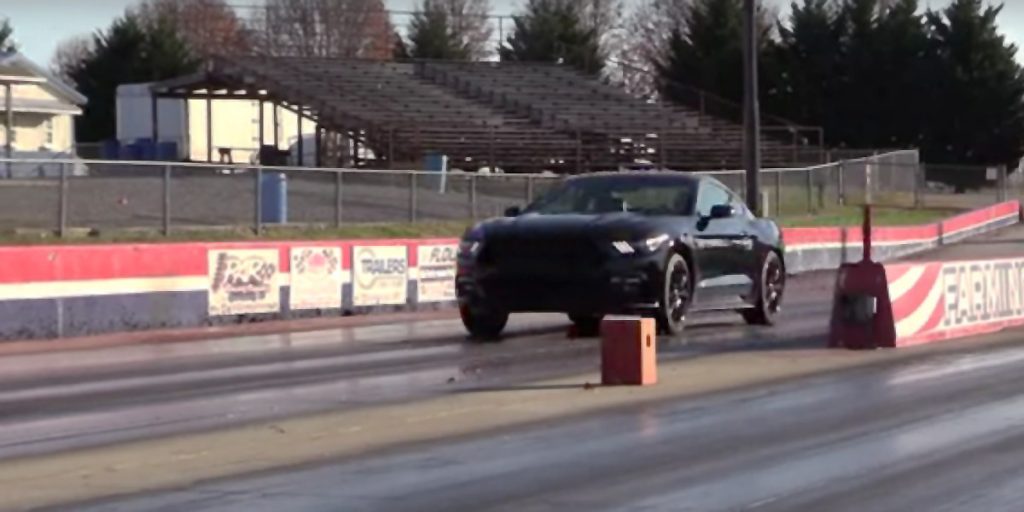 We think you’ll agree with us when we say that there’s virtually no tiring of the sounds produced by a Ford Mustang GT and its 5.0-liter Coyote V8, whether the exhaust setup is left stock, or fitted with aftermarket components.

Contained in the video above is a total of nearly 10 minutes of (mostly) uninterrupted sounds from a 2016 Ford Mustang GT with a set of Kooks exhaust headers and a Ford Racing exhaust kit manufactured by Borla. The ‘Stang has a few other tricks up its sleeve as well, such as a cold air intake kit from Airaid, and an SCT tune calibrated for 93 octane fuel, but we don’t reckon those alter the sound much.

An interesting sidenote: the 2015 and ’16 Ford Mustang GT – like the Focus ST, and many modern BMWs – uses clever engineering to enhance the sound of the engine as heard from the driver’s seat. But unlike BMW’s go-to system, the current Ford Mustang GT doesn’t synthesize disingenuous noises and send them through the audio system; the sound heard in the cabin is 100% all-natural, courtesy of a pipe running through the firewall.

Check out this mighty-sounding 2016 Ford Mustang GT in the video above, as it starts-up, does some free revs, blasts through the quarter-mile, and tears through the countryside.

Hear A Shelby GT350 Before And After Stainless Works Headers: Video