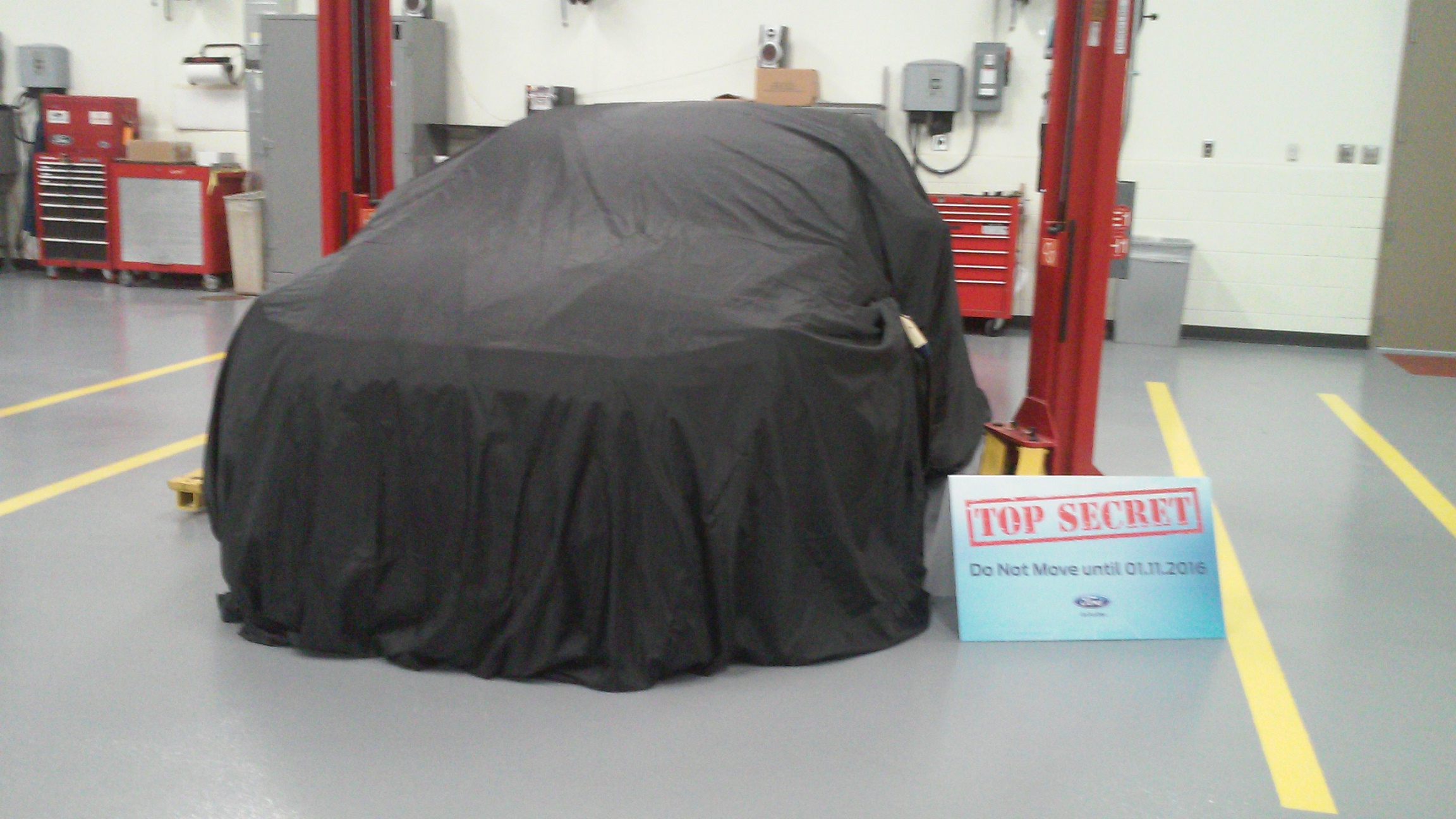 Today, yours truly spent the bulk of his time being shuttled around the Ford Motor Company campus in Dearborn, Michigan for a media insider event encompassing the automaker’s venture into so-called “Smart Mobility,” its future plans in the field of electrified drivetrains, and the like. Plenty more on that to come.

It was while Ford Motor Company was taking members of the press around its electrified drivetrain development facility that we spotted this: a covered-up sedan with a “Top Secret” sign positioned right nearby. The reveal date listed on the sign was January 11th; crucially, that’s the first day of the Detroit Auto Show Press Preview.

The presence of this “Top Secret” sedan in such a difficult-to-miss location was surely no accident; we suspect that Ford Motor Company was baiting us. Oh, well. We’ll bite. So what is it? Based on the size and general grille shape perceptible through the car cover, this “Top Secret” car appears to be none other than a new Ford Fusion. Its building of residence, as well as the presence of a connected electrical plug, suggest that it’s either a new “Energi” plug-in hybrid or, even better, a brand new full-electric Ford Fusion.

The introduction of a full-electric Ford Fusion would be a surprise; to-date, the only BEV (Battery Electric Vehicle) produced by the automaker is the Ford Focus Electric. Additionally, we know that the entire Ford Fusion range is due for a refresh, one probably set to be shown at the Detroit Auto Show next month. A simultaneous refresh of the Ford Fusion Energi plug-in hybrid would be unsurprising.