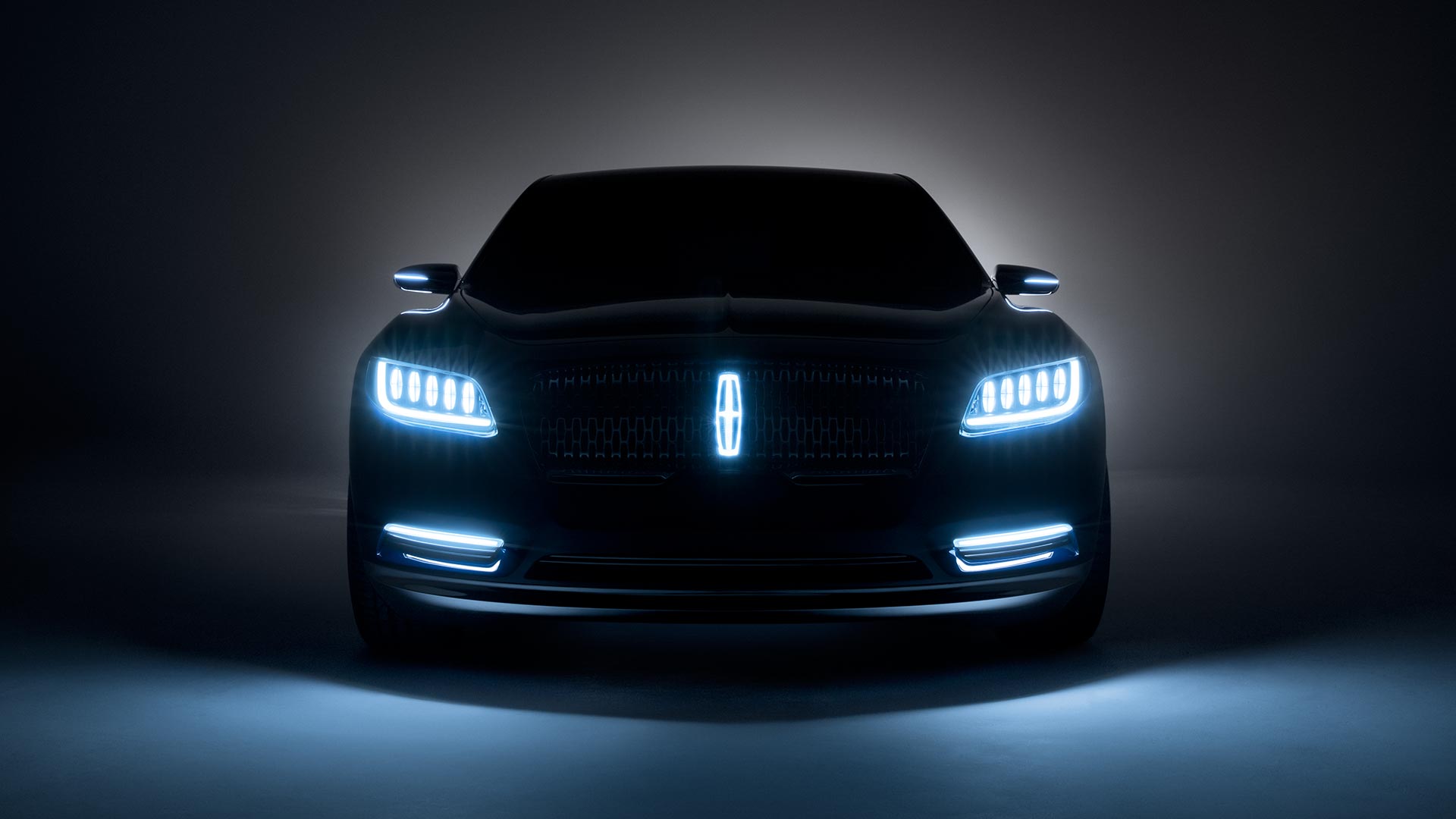 Once again, a production version of the 2017 Lincoln Continental luxury sedan has been spied in public, minus much of its camouflage, but still incognito. The crisp, clear photos posted on the Autoblog website give us our clearest look yet at the future car.

In these spy shots, we can see that the face of the car hasn’t changed substantially from the Lincoln Continental concept shown at the 2015 New York Auto Show, although the three lower grilles have certainly grown taller. Gone is the chrome-colored grille mesh from the concept, although Autoblog suspects that might return for its official unveiling in Detroit next month, and the fat, chrome lip from the New York show car has been dropped in favor of a thinner one.

From the photos, it’s apparent that the 2017 Lincoln Continental has retained the high-mounted door handles (look near the beltline) from the New York show concept. That should make opening the doors a more pleasant, effortless task, and it allows for smooth, uninterrupted sculpture along the sides of the car.

The production version of the 2017 Lincoln Continental luxury sedan is expected to bow at the Detroit North American International Auto Show this January. Chances are, we’ll be seeing plenty more of it on the road until that debut.