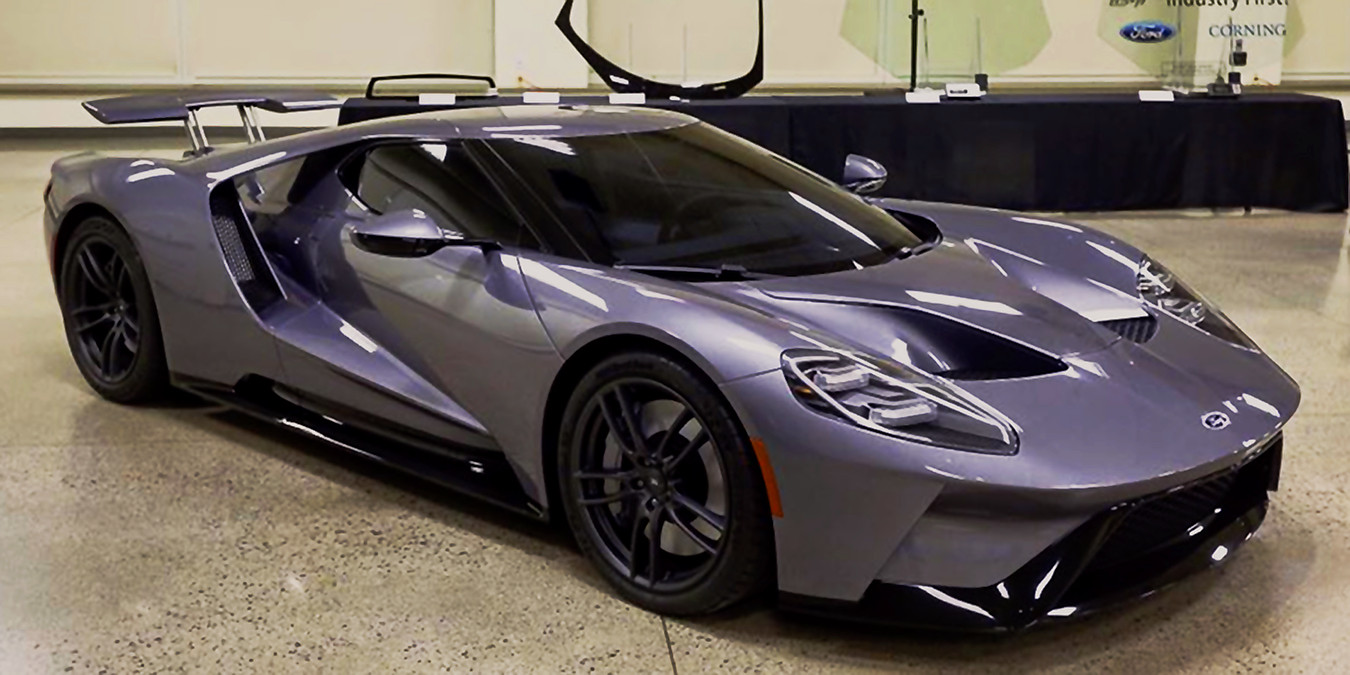 Look closely at the photograph above. Have you worked out what it is we’re looking at?

Correct. The answer is: a 2017 Ford GT. But more importantly, according to Motor Authority, this is not just another example of the concept, but the actual, production-ready form of the 2017 Ford GT supercar. The image is courtesy of the Ford GT Forum page on Facebook.

Differences between this car and the 2017 Ford GT concept first shown at the 2015 Detroit Auto Show are subtle, but present. The front bumper cover is now wearing side marker lights along the front edges of the wheel arches, and the door mirrors have grown to a size that could actually be called “usable.” Note, too, that the front lip spoiler and side spoilers have gone from matte to gloss black.

Outside of those tiny tweaks, the 2017 Ford GT looks like it will be heading to production in almost exactly the same form it occupied as a concept. The supercar is expected to go on sale late next year, wearing a price tag in the vicinity of about $400,000.