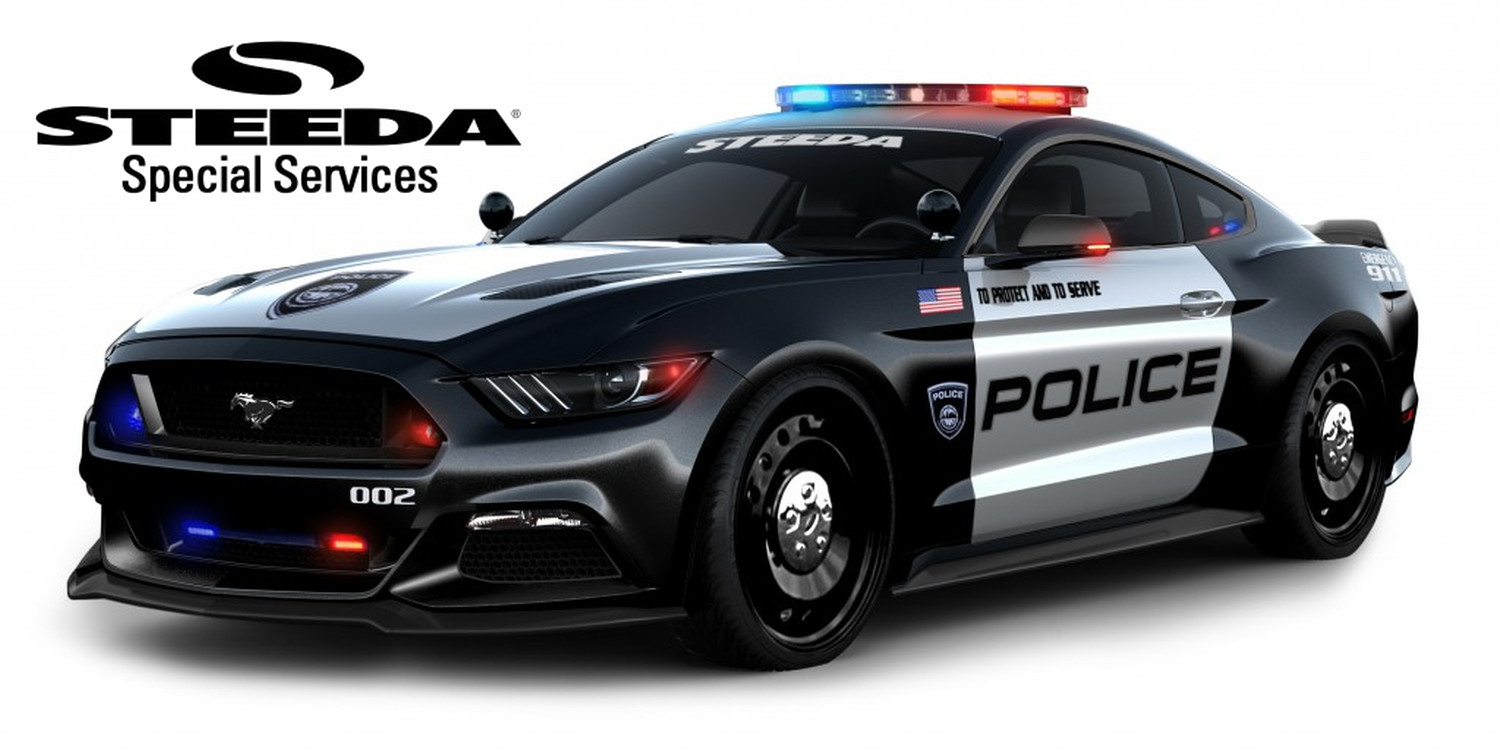 For those of us who have been driving for a number of years, we can all attest that spotting a Ford Crown Victoria in the rearview never fails to get the blood pumping. With America’s police forces now spread out between Chevy Caprice, Dodge Charger, and Ford Taurus SHO-based interceptors, no one of Johnny Law’s contemporary steeds has been able to achieve quite the same imposing presence.

A Ford Mustang Interceptor might do the trick. Introducing Steeda Autosports’ new line of 2016 Police Interceptor Ford Mustangs, available in either marked or unmarked form, with either a normally-aspirated or supercharged 5.0-liter Coyote V8.

Built on Steeda Autosport’s Q500 parts platform, the tuner’s normally-aspirated Police Interceptor Ford Mustang makes about 490 horsepower and 475 lb-ft of torque thanks to a cold air intake, a cat-back exhaust, and a custom tune. Numerous aerodynamic and suspension upgrades, plus countless options, ensure that the police interceptor drives as well as it scoots.

And then, there’s the 777 horsepower Q750 Police Interceptor Ford Mustang. That car adds a 2.9-liter Whipple supercharger to the mix, giving Johnny Law all the forward thrust he could possibly need to take down evildoers and issue traffic citations to distracted grandmothers.

A press release states that Steeda has been “building Marked, Unmarked and Special Service Vehicles for over 20 years for Local and State agencies, Special Forces Operations, and other Washington DC based governmental agencies.” These 2016 Police Interceptor Ford Mustang models build on that experience, promising law enforcement a versatile tool for dealing with the most demanding situations.