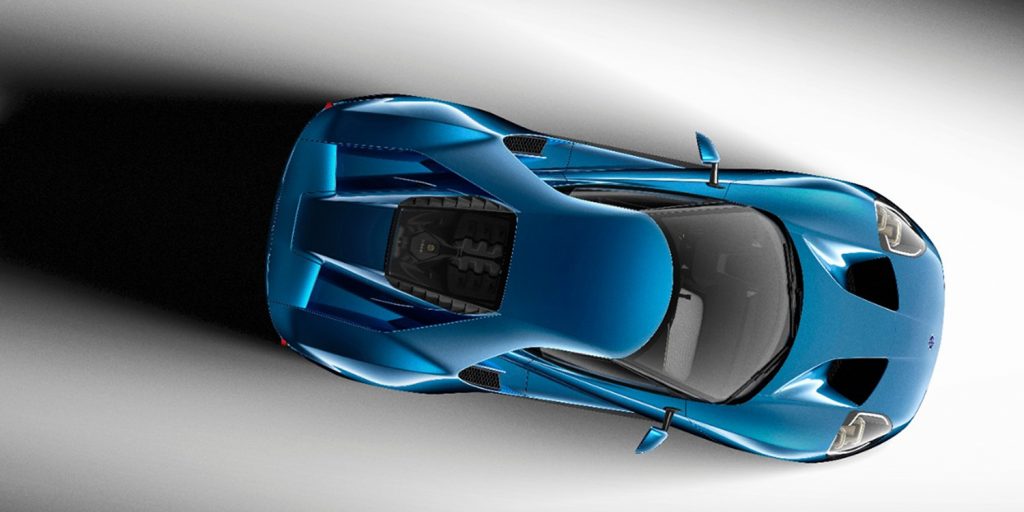 When it comes to the monumentally-expensive, honed and perfected Ford GT supercar, the automaker is sparing no expense with regard to cutting-edge lightweighting and engineering pedanticism.

Case-in-point: the 2017 Ford GT will debut the industry’s first-ever Gorilla Glass hybrid windshield, shedding all of 12 pounds of glass weight in the process.

Developed by Ford Motor Company and Corning Inc., the Gorilla Glass hybrid window will see use on both the Ford GT‘s windshield, and engine cover. The Gorilla Glass hybrid window is a three-ply window, versus the conventional two-ply design used in automobiles for almost a century. Toughened, automotive-grade hybrid glass forms the innermost layer of the windshield, a noise-absorbing thermoplastic is applied atop it, and an annealed glass layer sits atop that. The resulting windshield and engine cover will weigh as much as 32 percent less than comparable, traditional automotive glass pieces.

While one might say that 12 pounds is a measly amount of weight-savings for such an involved endeavor, the Ford GT’s Gorilla Glass hybrid windshield has other benefits, too. Overall laminate thickness is around 3 to 4 millimeters, versus 4 to 6 millimeters for traditional glass. And, thanks to advances in chemical strengthening, contaminant reduction, edge treatment, and construction, the resulting windshield is stronger, too.

Said Ford VP of Global Purchasing Hau Thai-Tang: “Gorilla Glass hybrid is a great example of how Ford works with suppliers to innovate in every area of our business. Ford GT is setting new standards for innovation through performance and light-weighting, and we’re excited about exploring other applications for this great new technology.”

Corning’s Gorilla Glass technology is a trickle-down from the world of consumer electronics. It was originally introduced in 2007 as a stronger, more resilient glass layer for liquid crystal displays.

Gorilla Glass Windshields Coming For Jeep Wrangler, Gladiator, But What About The Ford Bronco?