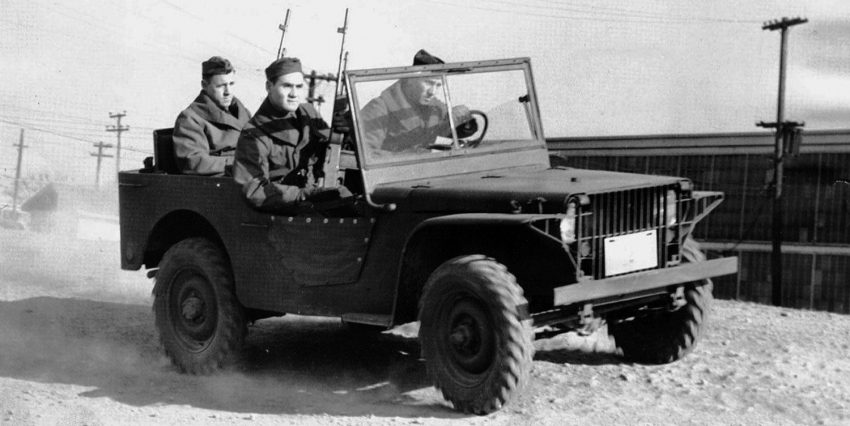 While much of the American people is surely aware on some level that the demands of World War II set the stage for the birth of the iconic Willys Jeep, it’s almost certainly lesser-known that Ford Motor Company had a major role to play.

The automaker did, and the very first Ford Jeep prototype – dubbed the GP-No. 1 “Pygmy” – is pictured above.

This very same Ford Jeep prototype is now on display at the Veteran’s Memorial Museum in Huntsville, Alabama, reports the Detroit Free Press. It is the only one of five original military Jeep prototypes – two from Ford, two from Willys-Overland, and one from American Bantam (previously the American Austin Car Company) – known to still survive.

While it’s true that the final military Jeep would end up being an amalgam of several different test vehicles, the Ford Jeep prototype was a point of origin for many of its final production attributes. The Ford Jeep “Pygmy” even wears a tall-slotted grille undeniably akin to that used on Jeeps to this very day.

In the end, however, Willys was granted permission to begin production of a civilian Jeep months before America’s other automakers were allowed to cease wartime production. Had that not been the case, perhaps we would all be trail-blazing in myriad Ford Jeep models, instead.

The Ford Jeep GP-No. 1 “Pygmy” can be seen at the US Veterans Memorial Museum in Huntsville, Alabama from 10am to 4pm, Wednesday through Saturday.