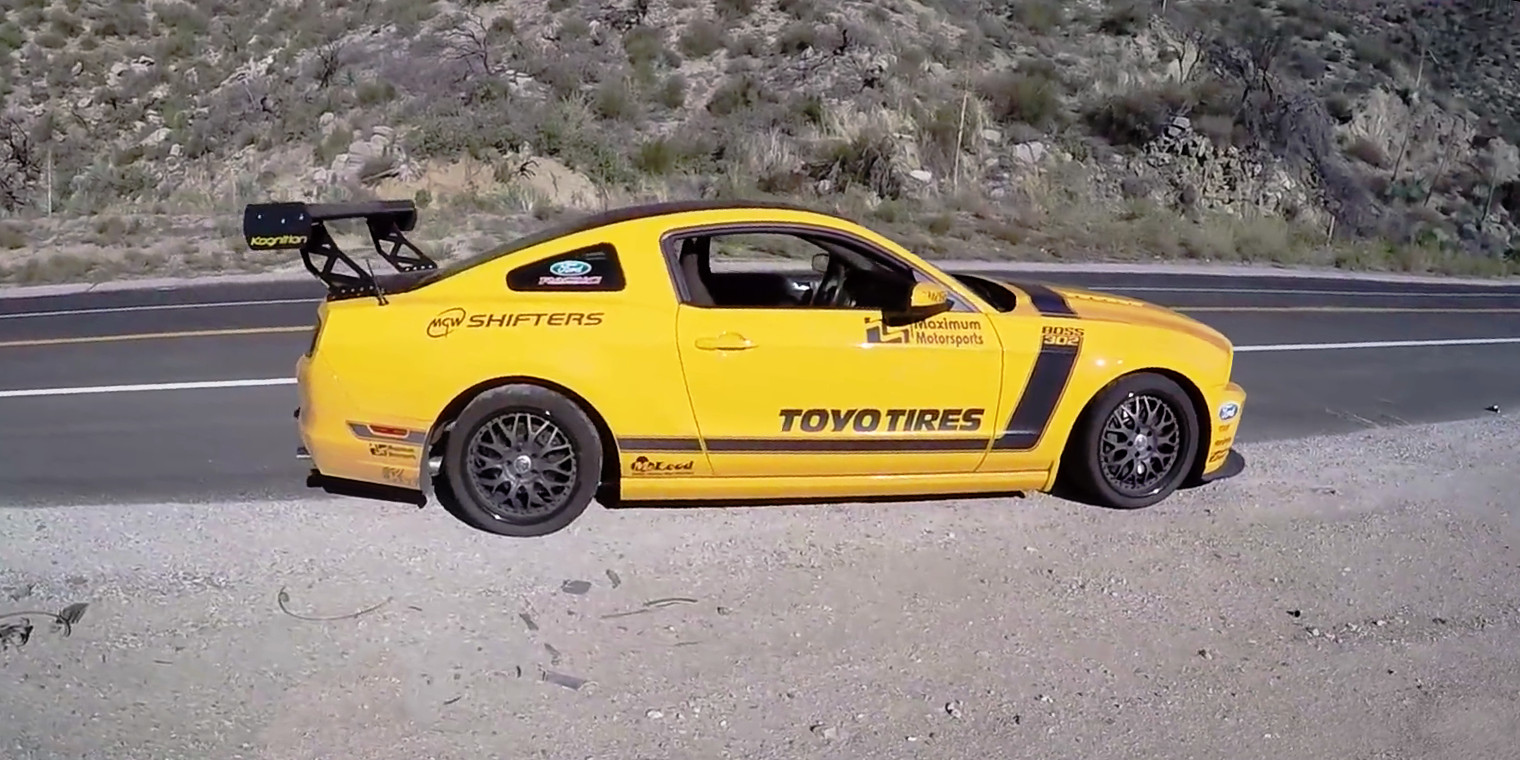 In the latest episode of The Smoking Tire‘s “One Take” series, Matt Farah drives a built, privately-owned Ford Mustang Boss 302 with a dizzyingly extensive list of engine and suspension upgrades.

The owner of this Ford Mustang Boss 302 rattles off the full list of performance parts he’s had installed, and it’s an impressive collection of components. It includes KW Clubsport coilovers, and Ford Racing cams, intake manifold, throttle body, and cold air intake, all developed for the limited-run Cobra Jet drag car. In addition, this Mustang Boss 302 has been fitted with 18-inch by 10-inch True Forged “Chicane” 3-piece wheels, Toyo R888 rubber, a Kognition Design/Built 2 Apex GT wing kit, and much more.

The ultimate effect of this daring owner’s modifications? We can’t speak to this Mustang Boss 302’s cornering grip or braking performance, but the owner claims that the potent pony car puts down about 475 horsepower at the wheels with no forced-induction, and redline has been raised to 8,200 RPM. That’s the same rev-limit as you get with the new 2016 Shelby GT350 and its now-famous flat-plane crank V8.

Be sure to check out this expertly-built Ford Mustang Boss 302 in the video above.