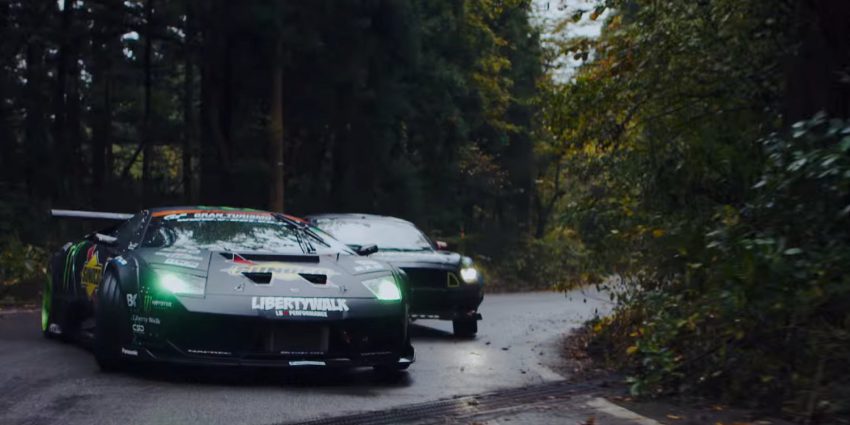 In case you ever wondered what a couple of Forumula DRIFT drivers might do with their off-time, this video ought to give you some indication; you can watch Vaughn Gittin Jr. face-off against Daigo Saito in an epic drift battle through Japan’s abandoned Niigata Russian Village above.

For this battle, Vaughn Gittin Jr. is of course piloting his trademark Ford Mustang RTR, which produces somewhere in the neighborhood of 550 horsepower. Japan’s Daigo Saito drives his 650 horsepower Lamborghini drift car, featuring a rear-wheel drive conversion to meet Formula D regulations. Already, America’s Vaughn Gittin Jr. is down four cylinders and some 100 horsepower in this heated drift battle, with nothing but talent at his disposal to make up the deficit (although, of course, it isn’t a race).

Despite its name, the Niigata Russian Village is actually a now-defunct theme park erected in Japan in the 1990s. The park serves as an awesome, almost surreal venue for this all-out display of drifting expertise.