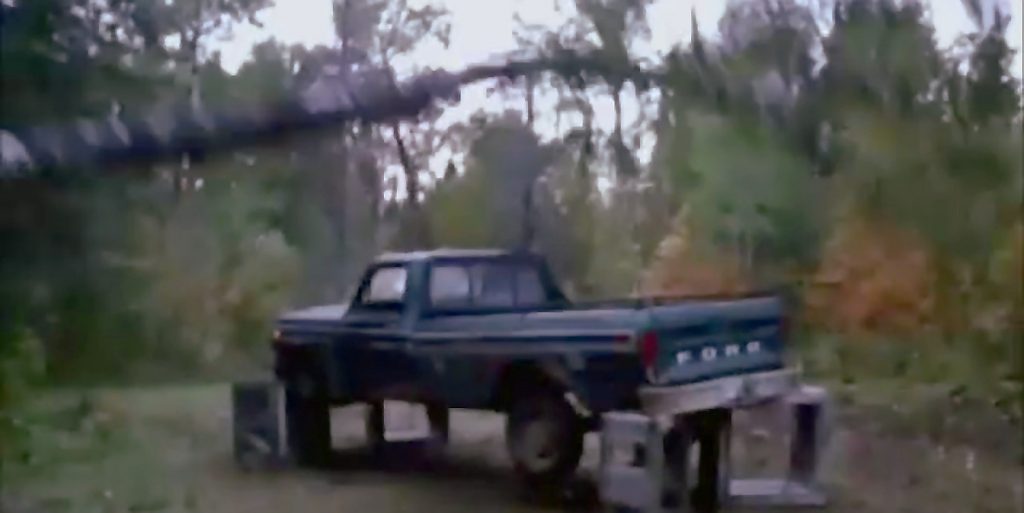 It seems to be the nature of American journalism these days that much of what we read, watch, or hear isn’t “news” at all, but a call-to-action, a cheap shot at an opposing viewpoint, or some similar attempt at ruffling peoples’ feathers. In the interest of preserving some semblance of journalistic dignity, we’ll refrain from the usual loaded language that might be expected to accompany such a controversial video, and claim a stance neither in favor, nor in opposition, of the actions depicted therein.

The video above shows the destruction of a vintage Ford F-Series pickup truck through several different means: running the engine at redline for a sustained period, shooting it with a gun, and dropping two full-grown trees on it. The truck looks to be a sixth-generation (1973-’79) Ford F-Series, and while time had clearly taken a toll on the classic truck, it looks to have at least been in running order at the start of the video.

Since being posted to YouTube on December 6th, just two days ago, this video of a vintage Ford F-Series being demolished has already garnered over 17 thousand views. That said, most viewers seem to have found the video repugnant, with just 6 likes at the time of this writing versus 29 dislikes.

If you consider yourself a gentle soul, we might recommend staying clear of the YouTube comments section. Instead, feel free to share your thoughts on this Ford F-Series demolition in our comments section below!