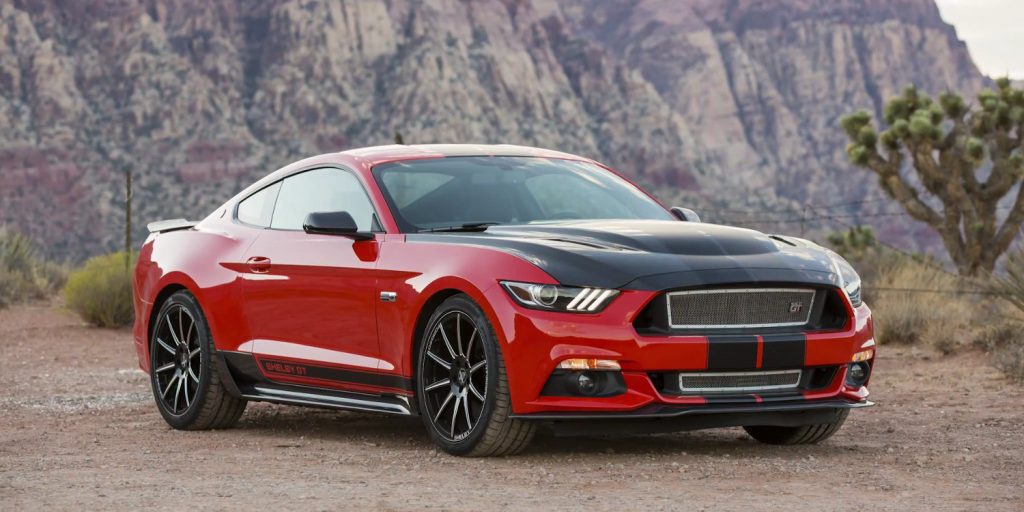 We can’t all get our hands on the new Ford Shelby GT350 Mustang. After all, it’s a special, limited-run superpony that will only be made available in certain key markets.

Happily, we can report that there is an alternative: the 2015-’16 Shelby GT EcoBoost Mustang. Made to emulate the magic of its 5.2-liter Voodoo-powered brother, the Shelby GT EcoBoost offers no shortage of appearance and performance upgrades to take Ford’s turbocharged pony to the next level.

Watch the video above for a full, detailed walkaround with Shelby American Chief Designer and Factory Driver Vince LaViolette. The Shelby GT EcoBoost treatment will cost $23,995 or more on top of the price of the factory four-cylinder Mustang. It’s a world car, with its primary target being markets overseas where, for one reason or another, the GT350 won’t be sold. That said, rest easy; it’s also available for the North American market.

Unfortunately, according to Mr. LaViolette, the need to meet a variety of different global emissions targets restricted how much extra oomph could be extracted from the Shelby GT EcoBoost’s turbocharged 2.3-liter. On 91 octane, the pony car can only safely achieve an extra 20 or so horsepower, and 20 lb-ft of torque. On 100 octane, the PCM can be set to its maximum setting, offering as much as 45 additional horsepower.

What such numbers don’t tell you, of course, is what gains have been managed throughout the rest of the rev range, and the subsequent change in overall character. Being a product from the world famous Shelby American, we’ll trust that the Shelby GT EcoBoost package is worth every penny.