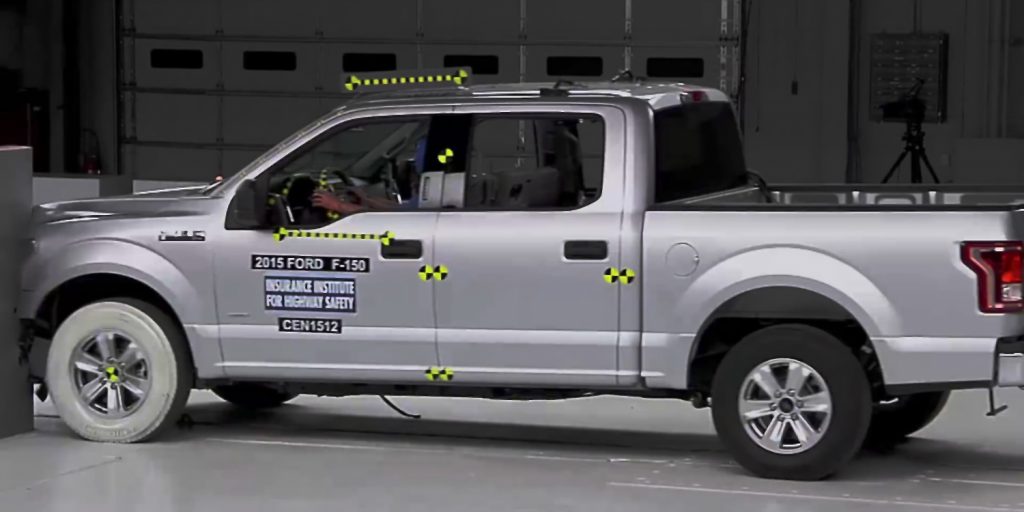 If you still have any lingering reservations about the strength and safety of the 2015+ Ford F-150 and its weight-saving aluminum body, this video from the Insurance Institute for Highway Safety (IIHS) might help put your mind at ease.

The full-size, aluminum-bodied Ford F-150 pickup was an IIHS Top Safety Pick for the 2016 model year, where only the SuperCrew Cab configuration was awarded for 2015. That was thanks to extra front frame components in the F-150 SuperCrew which afforded the truck improved resilience in the front small-overlap test: components which have since been added to the smaller SuperCab.

Regardless, the Institute’s crash test findings with 2015 and later Ford F-150 pickups suggest that the truck’s aluminum body poses no detriment to crash safety. The video above also goes over another important consideration with regard to the aluminum vs. steel dilemma: the affordability of repair. According to the IIHS, the 2015-’16 Ford F-150 ought to cost an additional 26 percent more for a given body repair than the steel-bodied 2014 model year truck.

To be sure, a 26 percent increase in repair costs is nothing to ignore, but it’s hardly the deal-breaker that many pundits had forecast.