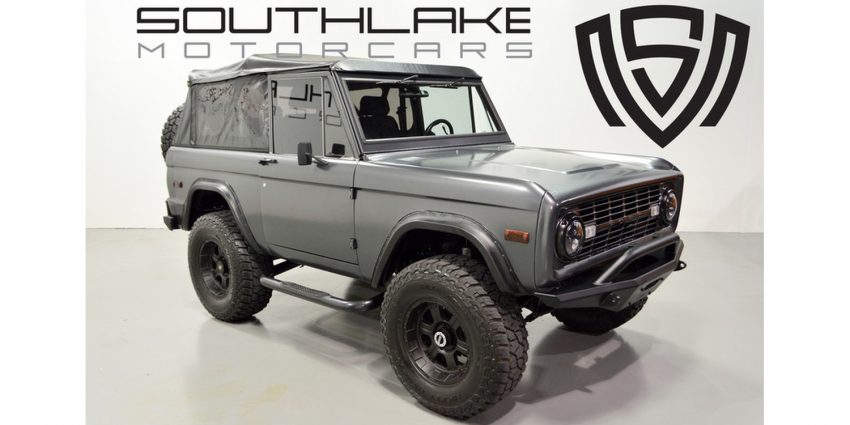 What’s that, you say? You’re just itching to own a clean, running example of the original Ford Bronco that won’t turn to rust underneath you?

We have just the thing for you. High-end Texas dealer Southlake Motorcars has listed a full frame-off restoration 1974 Ford Bronco for sale on eBay for $69,999. Granted, that’s a rich sum, but this head-to-toe restoration might just be worth it.

For one thing, a “frame-off restoration” is typically defined as a restoration in which the vehicle is completely dismantled and meticulously rebuilt to original factory specs. In the case of this 1974 Ford Bronco, the eBay listing boasts that both the body and frame were sandblasted to eliminate any rust, and then sealed before reassembly. The body was then painted in a satin finish gunmetal gray, and every functional part of the body was either refurbished or replaced.

Under the hood of this Ford Bronco lurks a new 302 cubic-inch V8 with a 24-month/unlimited-mile warranty, fed by a new Holley 4-barrel carb with electric choke, and ignited by a brand new ignition system. Both the C4 automatic transmission, and the Dana 20 transfer case, have been rebuilt.

In short, this 1974 Ford Bronco frame-off restoration is about as close as one can get today to an original Bronco fresh off the assembly line – plus a few subtle, custom touches. Where else can one find a classic off-road vehicle that looks, feels, and drives as though it’s brand new?