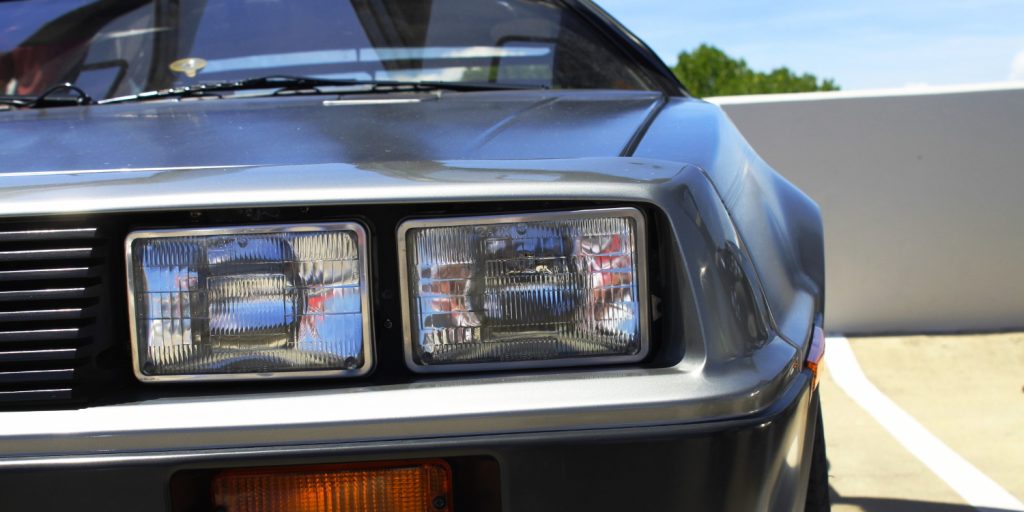 That’s a sentence you never figured you’d read in your lifetime, right?

It’s true; a company called DMC Texas owns the rights to the DeLorean Motor Company, as well as the original parts surplus, and with the blessing of the Low Volume Motor Vehicle Manufacturers Act of 2015, the company plans to produce 300 or more “replicas” using original parts.

But as Motor Trend reports, the law requires that these new DeLorean DMC-12 examples meet today’s emissions requirements, meaning that the 2.85-liter Peugeot-Renault-Volvo V6 that powered the original is no longer a suitable option. As such, limited by packaging requirements, DMC Texas is looking for a modern V6 engine capable of producing between 300 and 400 horsepower to propel the reborn DeLorean DMC-12. The company is already in talks with as many as three suppliers, and we have to wonder whether one of them isn’t Ford Motor Company.

First, there’s Ford’s current “Cyclone” V6, the 3.5-liter version of which is compact enough that it effectively replaced the earlier 3.0-liter Duratec in some applications. The 3.5-liter Cyclone has already been tuned to produce as much as 290 horsepower from the factory; the larger 3.7-liter unit has exceeded 300.

Alternatively, if DMC Texas isn’t averse to forced induction, the DeLorean DMC-12 replica could be powered by Ford’s excellent line of EcoBoost engines. The 2.7-liter and 3.5-liter EcoBoost V6 engines are obvious choices, more than capable of exceeding the company’s horsepower goals, or there’s the new 400HP, 3.0-liter twin-turbo unit headed for the Lincoln MKZ/Continental. Of course, to save even more space, the same 350HP 2.3-liter four-cylinder from the Ford Focus RS could be used instead.

Only time will tell. What we do know, thanks to Motor Trend, is that the 2017 DeLorean DMC-12 replica will be updated with a handful of practical features like heated and cooled seats, satellite navigation, and maybe different exterior lighting (sealed beam headlamps are so last century). DMC Texas hopes to keep pricing below $100,000.