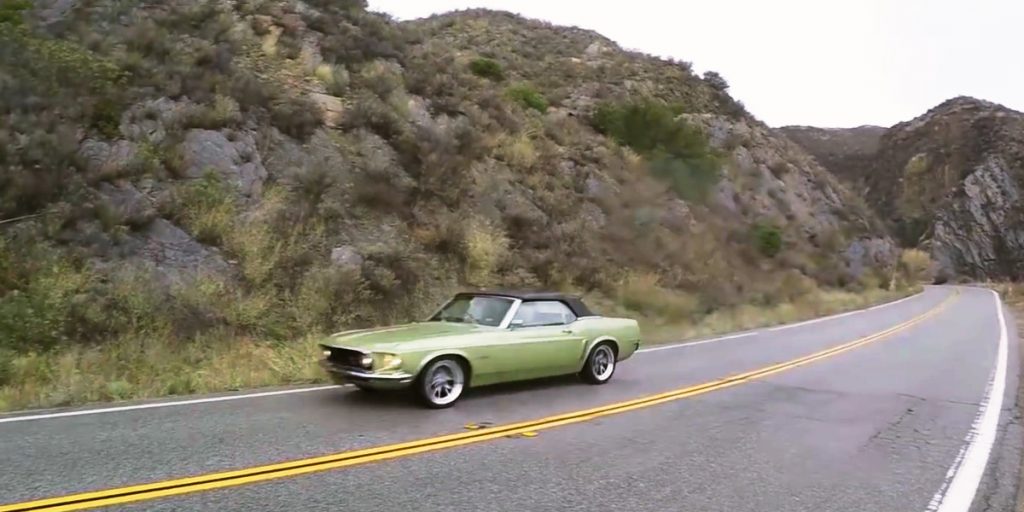 We rather doubt whether there’s anything quite so American as a first-generation Ford Mustang. The venerable sports coupe single-handedly crafted the pony car segment – a class which would go on to be populated by the likes of other all-American greats like the Plymouth Barracuda, Chevrolet Camaro, and AMC Javelin.

This episode of The Smoking Tire puts us on the road in a 1969 Ford Mustang convertible, with (strangely enough) manual steering and brakes, but a powered convertible top. The stock 302 motor has been bored out, and fitted with new heads and intakes, putting the car up to about 345 rear-wheel horsepower, according to the owner. A four-speed manual transmission, coupled to a 3.70 9-inch rear-end, puts the power down to the ground.

Those who maintain the position that cars have become too complicated and electronic of late ought to envy this mechanically simple 1969 Ford Mustang convertible. The car’s owner certainly does – a 21 year-old named Armon, for whom this is the latest model year car he’s ever owned.