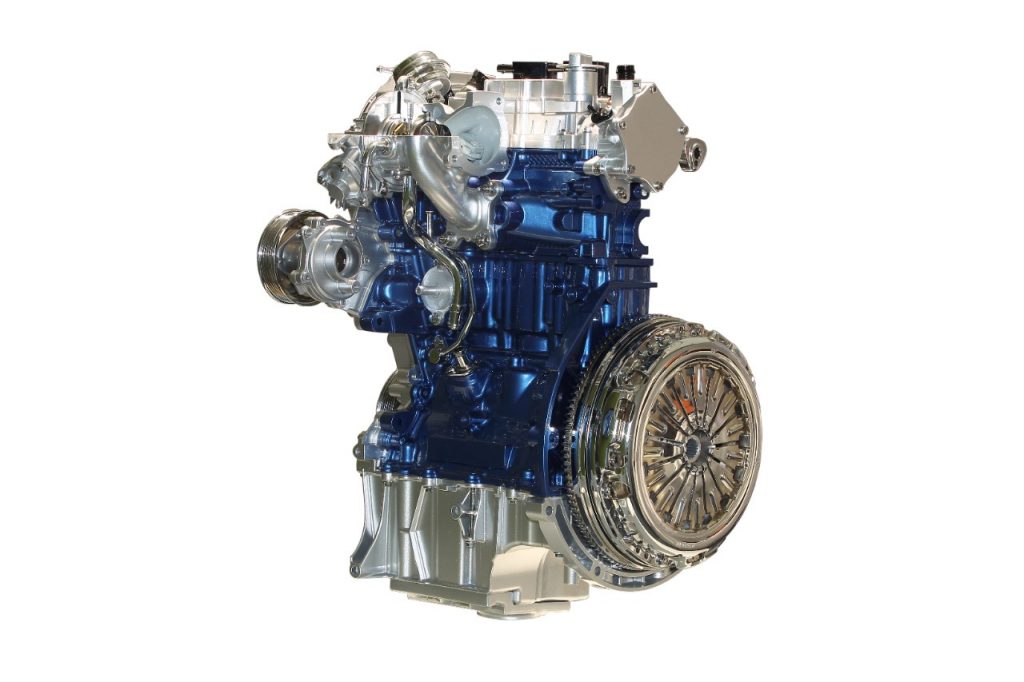 Being familiar with the low weight and high relative strength of carbon fiber, one might have come to the conclusion that the material would be ripe for use in manufacturing engine components.

That notion might prove correct in the coming years, as Ford announced at the Detroit Auto Show its plans to explore the possibility of using carbon fiber components, cylinder-deactivation, and variable-geometry, electric turbocharging on some of its EcoBoost engine family, reports Auto Express. Ford Motor Company has a new concept version of its award-winning 1.0-liter EcoBoost engine with injection-molded carbon fiber making up components like the sump and oil pan, contributing to a weight loss of some 29 pounds (nearly 16 percent) compared to the production unit.

The concept engine also benefits from an extensive use of aluminum, notably in the cylinder head and engine block. All told, the engine’s lighter weight could improve overall vehicle fuel economy by up to 4.5 percent.

Meanwhile, according to Auto Express, Ford Motor Company bosses have said that they are not currently looking into producing a smaller two-cylinder engine on account of the unwanted vibrations that would result, but cylinder-deactivation remains a distinct possibility. That could improve cruising fuel economy by 4 to 6 percent.

Given the relatively high cost of carbon fiber production, we’re unsure whether to look for the material in any near-term future EcoBoost engines. Ford Motor Company has said that it plans to introduce four new EcoBoost units by 2020.