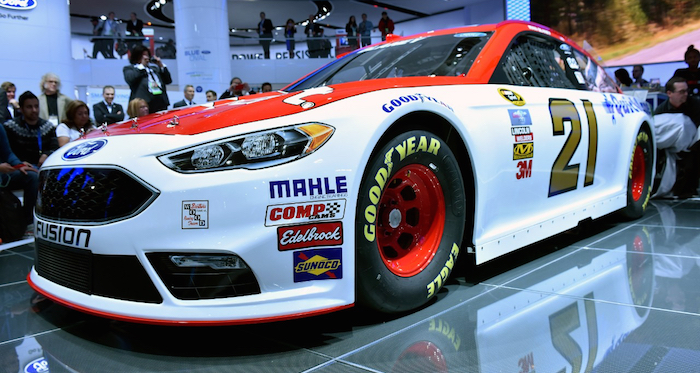 The new NASCAR Sprint Cup Ford Fusion will make its first competition debut during the Daytona Speedweeks in February. The appearance update is far from the only change, however, with Ford applying new interior touches to help its team of NASCAR drivers be as competitive as possible throughout 2016.

A new digital dashboard relays critical information to the driver and allows them to shuffle between 16 different preset screens that will display RPMs and other information in bar graphs, numbers or the traditional gauge and needle tachometer. The aerodynamics of the Sprint Cup Fusion have also been improved, the result of Ford’s standout computational fluid dynamics technology at its Ford Performance Technical Center in Concord, North Carolina.

The first on-track appearance from the updated Sprint Cup Fusion is planned for Tuesday, when Ford Performance and Team Penske driver Brad Keselowski will participate in a two-day Goodyear test session at Las Vegas Motor Speedway. The first official points race for the car will be at the Daytona 500 on February 21st.