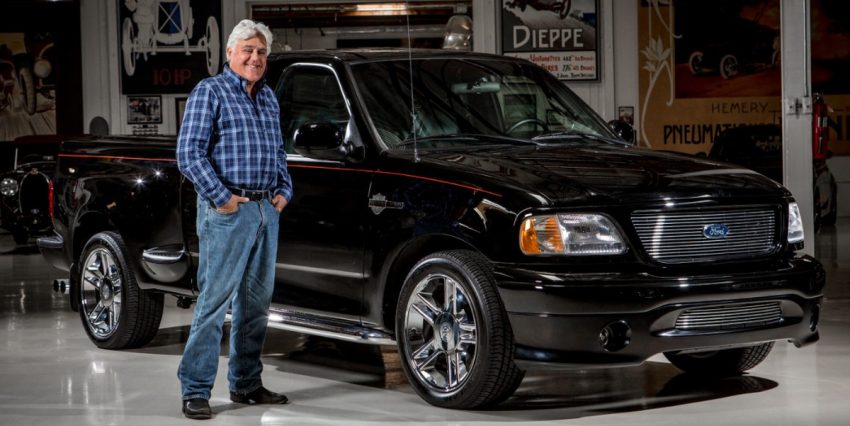 Later this month at the annual Barrett-Jackson automobile auction in Scottsdale, Arizona, former late night talk show host Jay Leno will be in attendance, helping to sell a unique set of wheels from his personal collection: a one-of-a-kind 2000 Harley-Davidson Ford F-150. Proceeds will go to benefit the National Multiple Sclerosis Society, which leads the fight against multiple sclerosis with funding for research, education, and advocacy.

Of course, many examples of the Harley-Davidson F-150 were built for the 2000 model year; what makes Jay Leno’s personal car unique is the supercharged, 360 horsepower, 5.4-liter Triton V8 under the bonnet. It’s the very same engine that powered the F-150 SVT Lightning from 1999 until its discontinuation in 2004, not officially making its debut in the Harley-Davidson F-150 until 2002, with less horsepower on tap.

“This is an opportunity to own a truly unique vehicle from my personal collection,” said Mr. Leno in a release. “Not only is this Harley-Davidson F-150 the only one of its kind, it’s providing much needed resources to the National Multiple Sclerosis Society.

“The next owner can feel good knowing that they’re getting an outstanding truck and supporting a great cause at the same time.”