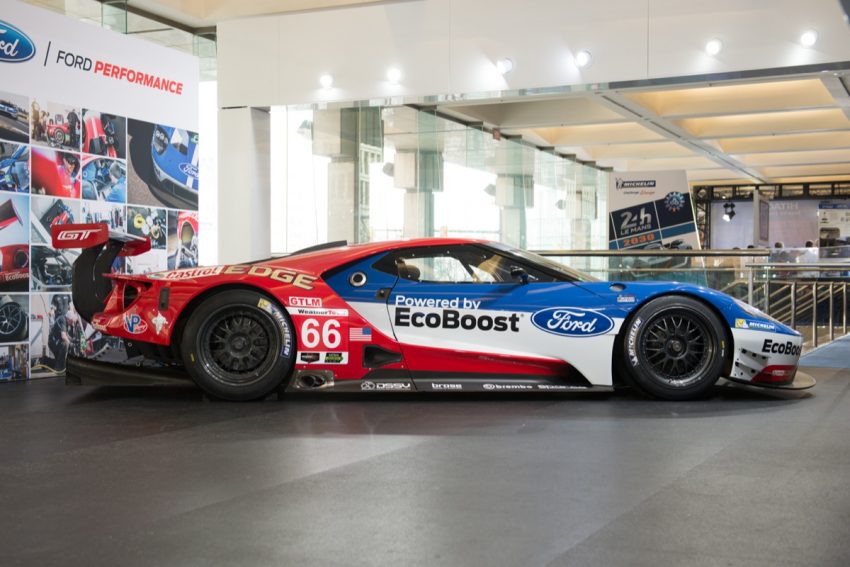 The Ford GT racecar that will contest the IMSA WeatherTech Championship and FIA World Endurance Championship this year is easily one of the coolest modern day racecars ever made. It should be no surprise then that Chip Ganassi Racing IndyCar driver Tony Kanaan is interested in getting behind the wheel of the car – and it could happen by as early as this year.

As Sportscar365 reports, Chip Ganassi Racing is currently splitting a four-car effort across the IMSA WeatherTech Championship and the FIA WEC and is expected to run all four cars at the 24 Hours of Le Mans in June. That leaves three seats open, and with CGR having access to IndyCar stars like Kanaan and Scott Dixon, they just may be a shoe-in for Le Mans.

CGR’s drivers in the FIA WEC, Andy Priaulx, Olivier Pla, Marino Franchitti and Stefan Muecke, will contest the race after running the first two rounds of the endurance racing series. The team’s IMSA drivers, Richard Westbrook, Ryan Briscoe, Joey Hand and Dirk Mueller will also be on hand for Le Mans, while Sebastien Bourdais has been linked to a Le Mans seat as well. Kanaan would be a Le Mans rookie if he’s included in the roster this year, but is extremely determined to race in the legendary event.

“I’m with the right team for the right opportunity, but it’s still early days to say that.

“I still have to be extremely committed to the IndyCar program and that’ll be up to Chip, not up to me. I’m a race car driver. I’ll do whatever. You give me a car to drive and I’ll drive it.”

The only thing potentially holding Kanaan back from the opportunity is the IndyCar schedule. Rookies to Le Mans must undergo simulator training in France before putting actual laps in and must also participate in the pre-race test. However Platinum rated drivers such as Kanaan are allowed to skip the pre-race test but must participate in the simulator session. So long as Kanaan has the time to get it done, he could be behind the wheel of the GT in time for June.

Get To Know Joey Hand, Driver Of The New Ford GT Racecar: Video