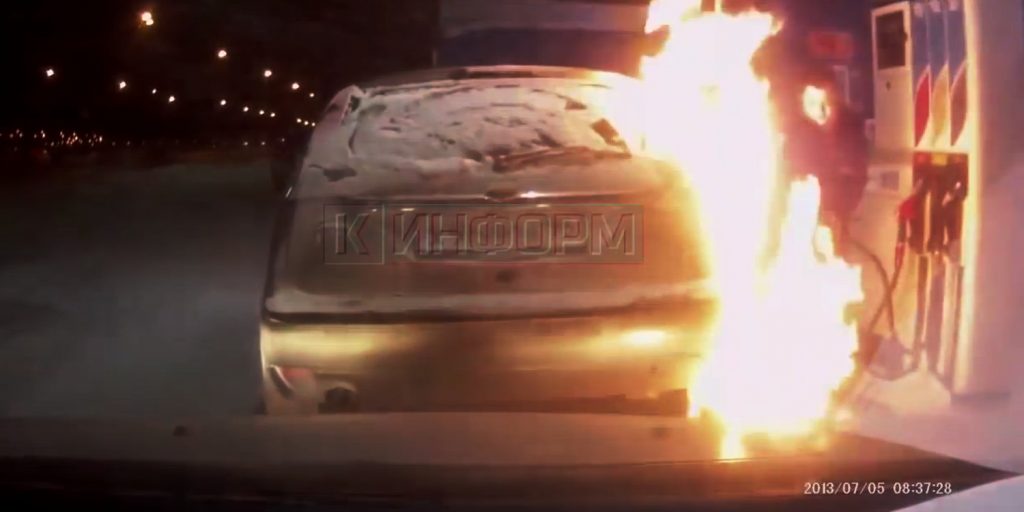 In very much the same vein as the classic “chicken or egg: which came first” dilemma, we’d very much like to know something; is Russia far and away the most mental place for motoring, or do we only feel that way because so much of the mayhem is caught on dash-mounted cameras?

Perhaps it’s a bit of both. To illustrate our point, above is a video of a woman at a gas station in Russia setting a Ford Focus hatchback ablaze, seemingly by accident, by holding an open flame from a lighter too close to the nozzle. The footage was captured by one of the aforementioned dash cams, the owner of which drives off from the simmering Ford Focus in a right hurry upon seeing the fire.

We’ve all been there. Only not really.

One Jalopnik commentator calling his or her self “theart” points out that the woman in the video seems to be trying to heat her key with the lighter prior to setting her car on fire, and suggests that she was simply trying to de-ice it further after inserting it into her gas cap – while actively pumping gas. We’ll happily accept that hypothetical scenario over the alternative: that this woman bore a deep, seething hatred for her lateer Ford Focus.