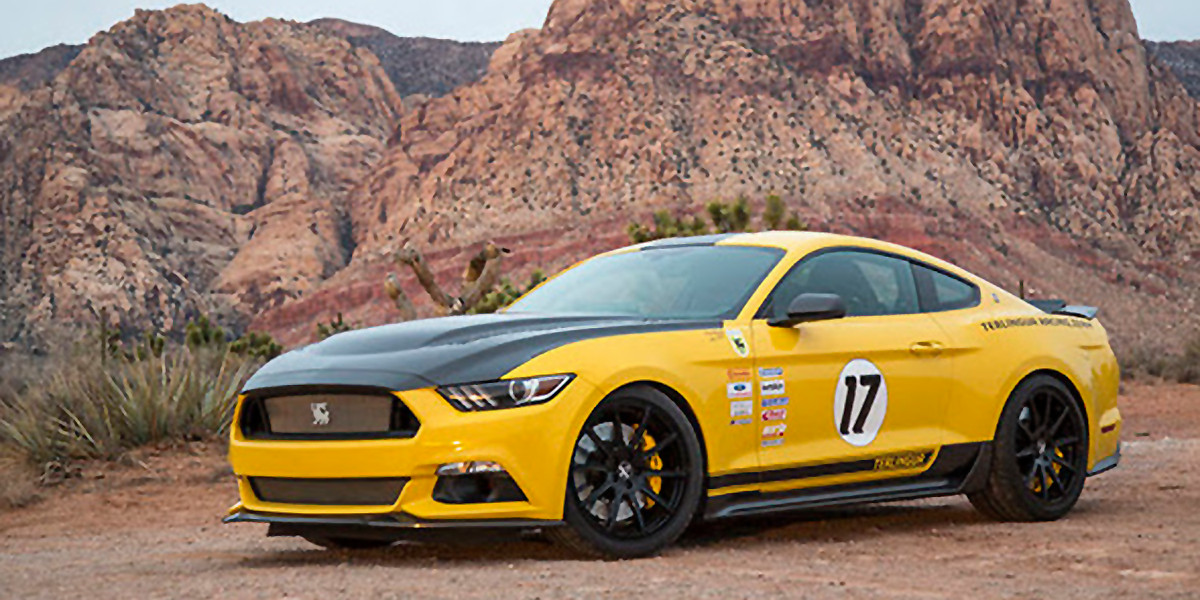 Being built from a modern Ford Mustang GT, the similarities all but end there. The 5.0-liter Coyote V8 has been supercharged to produce some 750 horsepower, and further performance-enhancing modifications include a black-tipped Borla exhaust system, an exclusive Shelby-by-Eibach sway bar, adjustable coil-overs, a Brembo Big Brake kit, and a short-throw shifter and performance half-shafts from Ford Performance. The Terlingua Ford Mustang GT rides on 20-inch Weld Racing wheels, and boasts a smattering of Shelby-designed carbon fiber pieces. Only 50 examples of the supercharged Terlingua Ford Mustang GT are planned for production, each shipping with an autograph plaque wearing the signatures of Carroll Shelby, Jerry Titus, and team co-founder/jackrabbit crest designer Bill Neale. Pricing stands at $65,999, not including the cost of the Ford Mustang GT donor car.

“The team crest and racing livery that I designed came to symbolize that raucous, irreverent lifestyle that thumbed its nose at the establishment.”