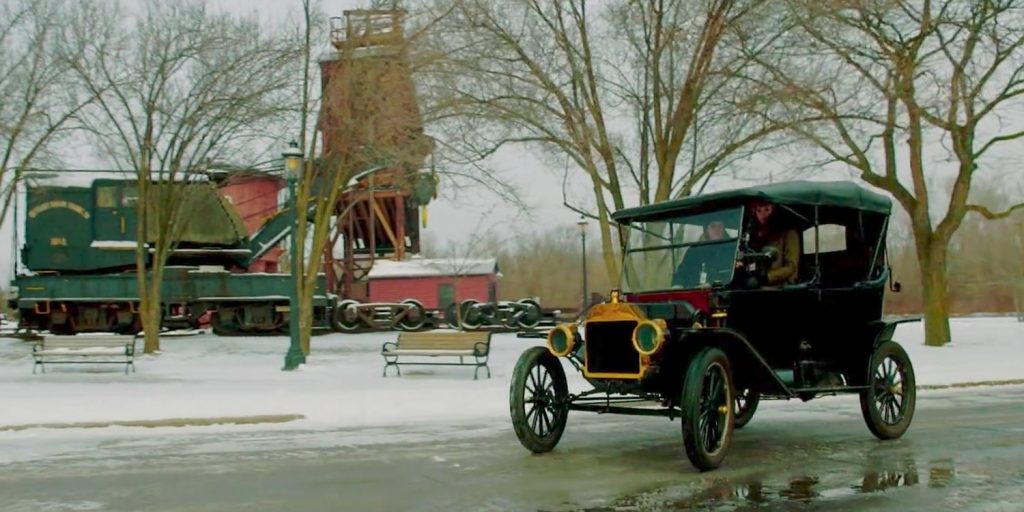 The Ford Model T was, in many ways, the point of genesis for the modern automobile. Henry Ford’s capable, affordable car brought horseless transit to the masses, setting the stage for countless acts to follow.

Looking only at the difficulty of operation, it’s almost tough to see how. The Ford Model T of the early 1900s had three pedals, much like today’s manual transmission-equipped cars, but their layout could hardly have been more different. The left-most pedal operates the brakes, the middle pedal engaged the reverse gear, and the right-most pedal operated the clutch. The throttle, meanwhile, was operated by means of a stalk on the steering column.

Oh, and of course, synchromesh rings wouldn’t be invented for another several decades, making shifting gears in the Ford Model T an art form unto itself.

The video above from Bloomberg demonstrates just what a strange, difficult thing a 1914 Ford Model T is to operate, although we must say: Bloomberg‘s Hannah Elliot does a bang-up job. Check it out.