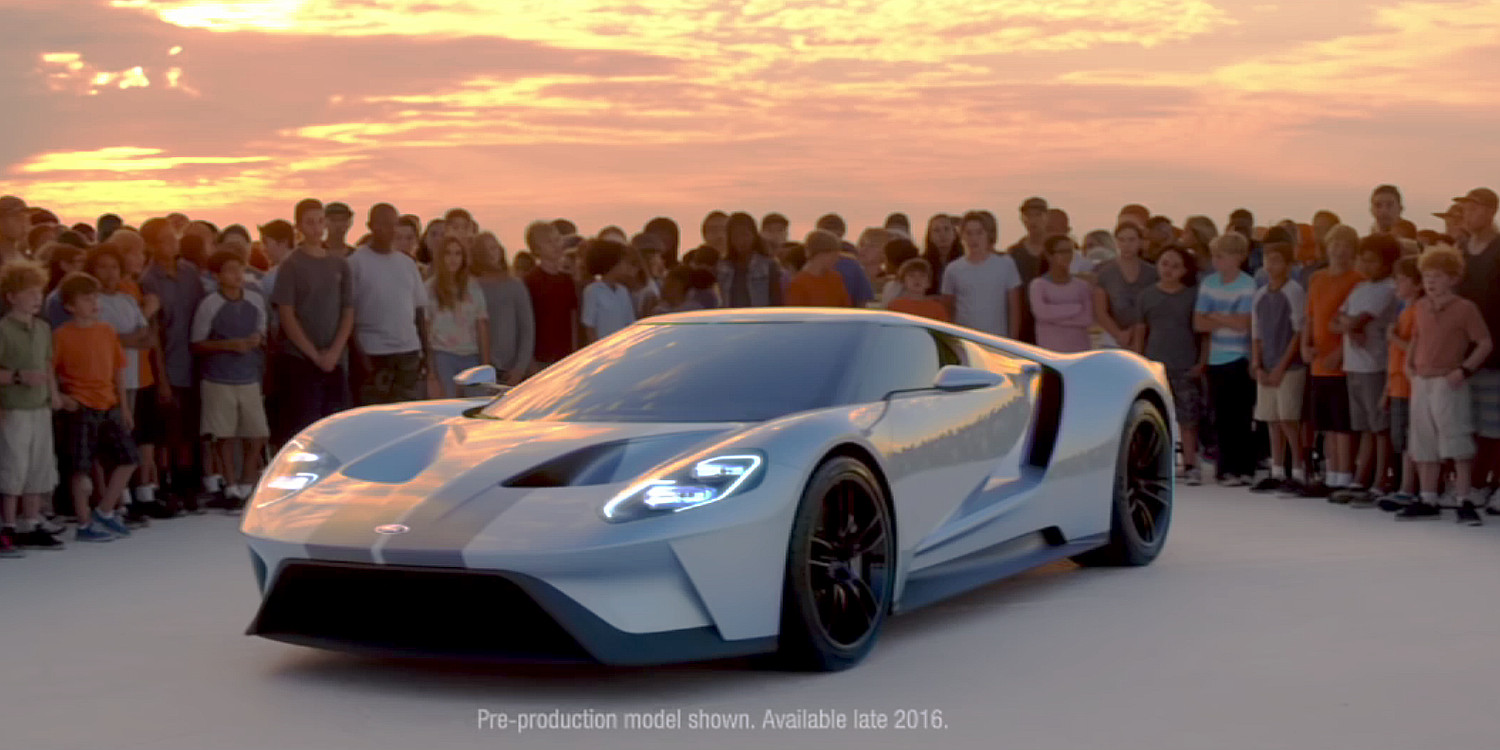 The folks at Ford Motor Company know that they have a pageant-winner on their hands with the 2017 Ford GT supercar. Just about as soon as it was unveiled at the 2015 Detroit Auto Show, the 2017 Ford GT won an EyesOn Design award, and scored a lucrative deal as the official cover art for Forza Motorsport 6.

And besides, just look at the thing.

Now, the 2017 Ford GT’s undeniable animal magnetism is the subject of a new TV spot, continuing along the same “By Design” vein as the automaker has utilized in the recent past. In the ad, a young kid on a bicycle approaches a large group of other children gathered in a circle, making his way through to see the object of their captivation. As he makes his way through, we see that the children are looking on in amazement at a 2017 Ford GT, which revs its engine as a voice narrates the words “Magnetic by design.”

Of course, very few who see this TV spot will ever come close to owning a 2017 Ford GT, but that’s rather beside the point; the advertisement reinforces the supercar’s standing as a rare and desirable halo car, with the intended effect being to boost the rest of the automaker’s lineup by association.

How The 2017 Ford Super Duty Is Suited To Forestry: Ad Break