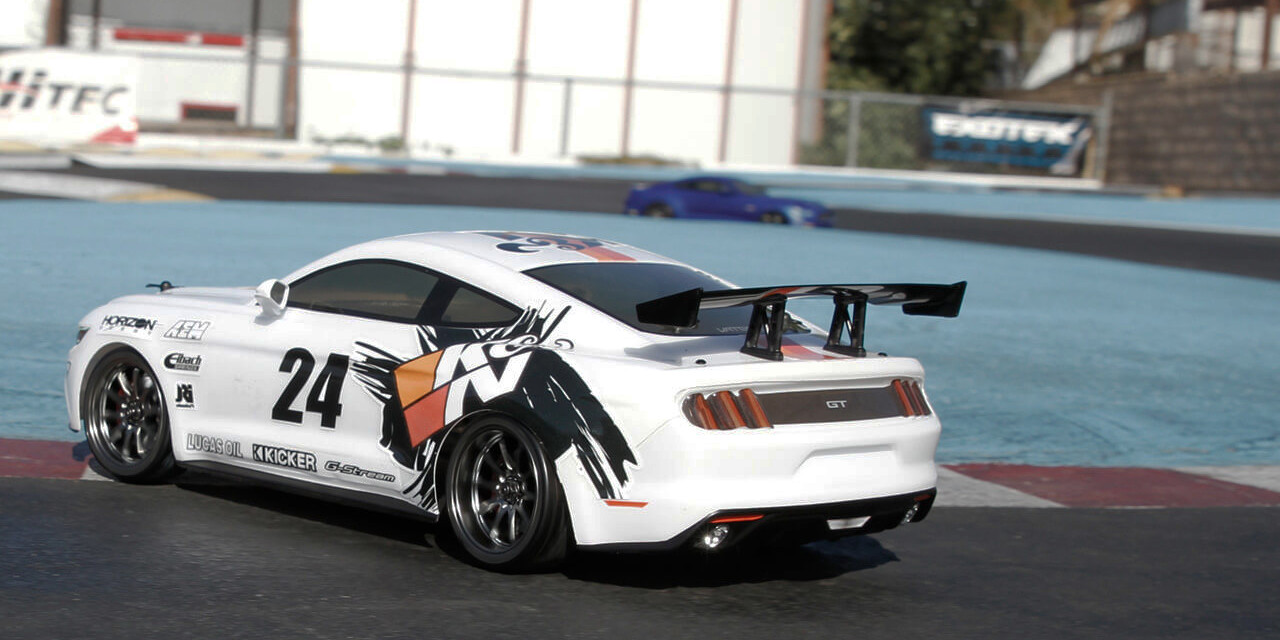 If you’ve ever wanted to take a spin in the 2015 Ford Mustang RTR, Vaterra RC Cars has the next best thing: a licensed 1/10th scale replica of a K&N Ford Mustang RTR drift car.

This remote-controlled Mustang RTR is a essentially a miniature carbon copy of the original, wearing the same sponsor graphics and other decals as the real drifting car, and rolling along on 52 mm replicas of the car’s actual Volk CE28N wheels. The car’s interchangeable Vaterra chassis boasts shaft-driven all-wheel drive, waterproof electronics, and even tunable differentials. Wrapping the Vaterra K&N Mustang RTR’s replica Volk wheels are special, low-profile drift tires, making sliding around the track accessible even for the novice user.

Unfortunately, all that 1/10th scale performance doesn’t come cheap: the K&N Ford Mustang RTR RC car from Vaterra carries an MSRP of $299.99. But, considering that’s well below a tenth of the price of a real life Ford Mustang RTR, we figure you’re coming out ahead.