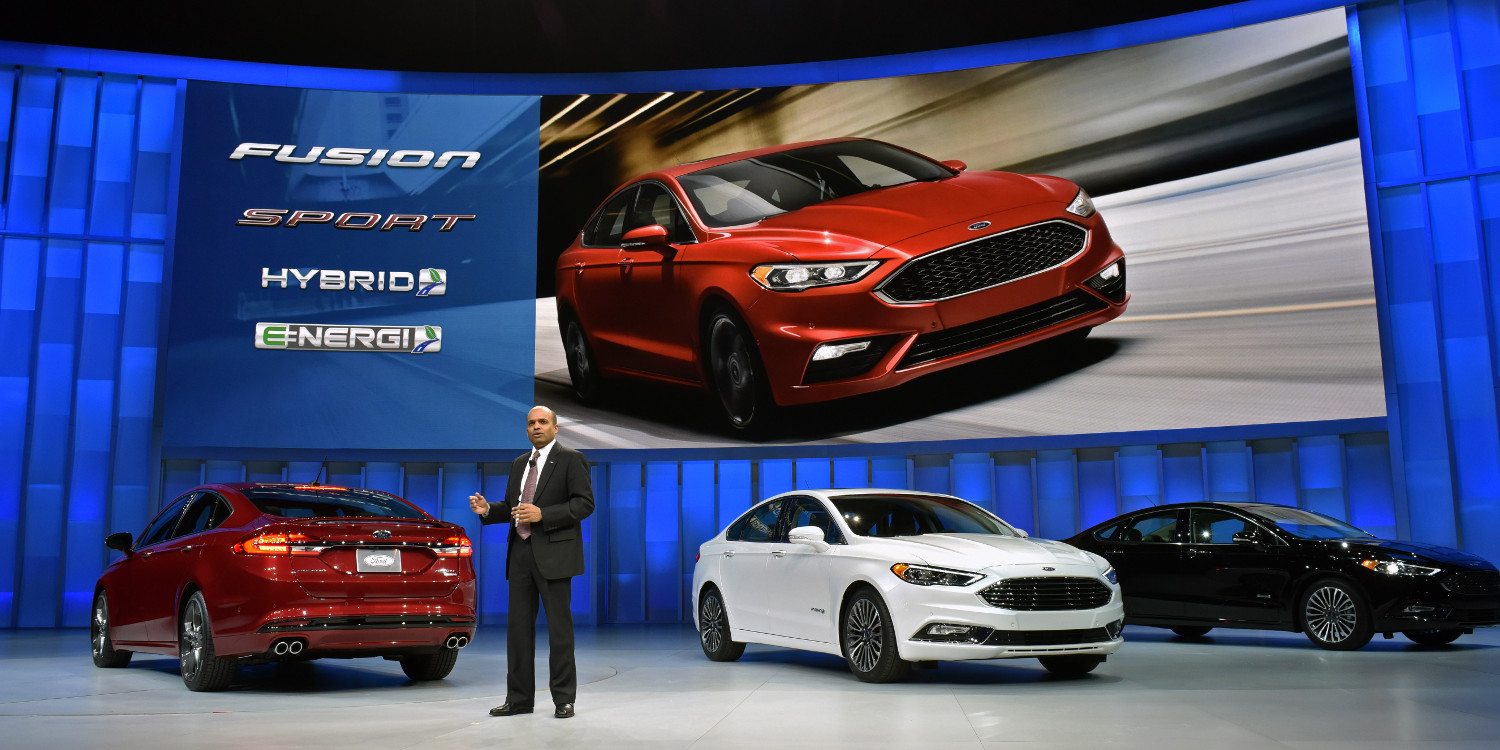 The facelifted 2017 Ford Fusion sedan, which made its official debut at this year’s Detroit North American International Auto Show, is kicking-off a new Platinum trim level to slot above the S, SE, and Titanium packages.

Like the current Titanium, the new Ford Fusion Platinum will ship with the automaker’s 2.0-liter EcoBoost engine and available all-wheel drive. The real distinction is in some of the interior and exterior touches, with the 2017 Ford Focus Platinum boasting “antiqued” Cocoa leather on the door panels and around the instrumentation, and a steering wheel hand-wrapped in premium Venetian leather. The grille is unique, too, shod in “Magnetic” paint for a more upscale appearance, and polished, 19-inch alloy wheels occupy every corner.

We’re unsure whether the new 2017 Ford Fusion Platinum is meant to assuage the demands of customers left pining for Europe’s premium “Vignale” Mondeo, or whether there may still be plans to import that car to the US. We would say that while the Ford Fusion Platinum is certainly an appreciated effort to load the attainable mid-size sedan with features typically above its price point, we’re still hoping that the Vignale will make the trip.