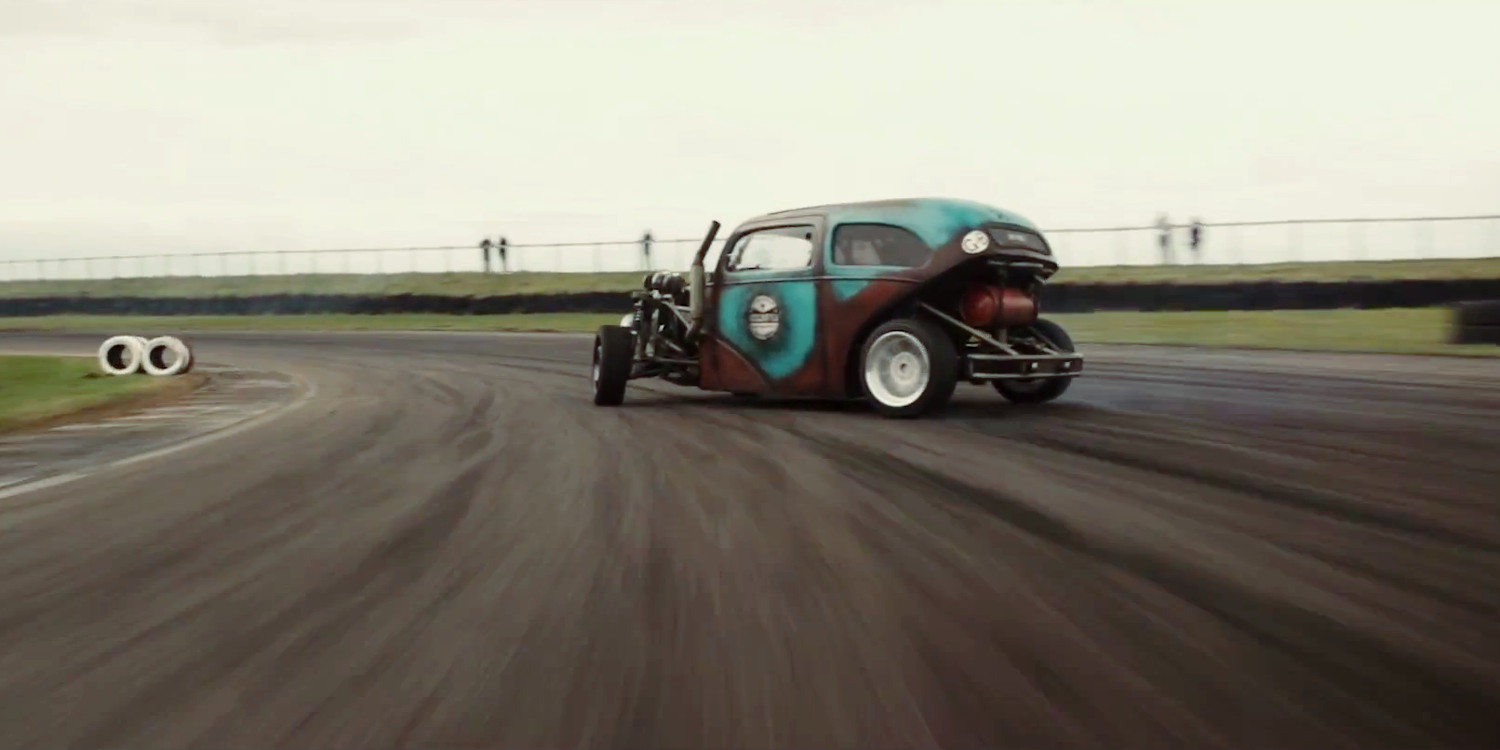 In the UK, some brilliant man has made himself the ultimate in post-apocalyptic drift machines: a 1953 Ford Anglia with a turbocharged Saab engine.

Dubbed “Urchfab,” this Ford Anglia looks like something straight out of Mad Max. The video above comes from Carfection (the outfit formerly known as XCar, according to Autoblog), and contains plenty of smoky, screechy, sideways drifting. Unfortunately, the owner explains that the 1953 Ford Anglia produces too much rear-end grip at the moment, resulting in a tendency for the Urchfab to want to straighten itself out rather constantly. That makes the handling a bit twitchy, resulting in an on-camera crash at the Castle Combe Circuit.

The Ford Anglia was never sold in the US, making the Urchfab something of a regionally-specific custom build. That’s too bad, because seeing how well this 1953 Ford Anglia drift rod came together, we wouldn’t mind seeing a few copycats on America’s road courses.