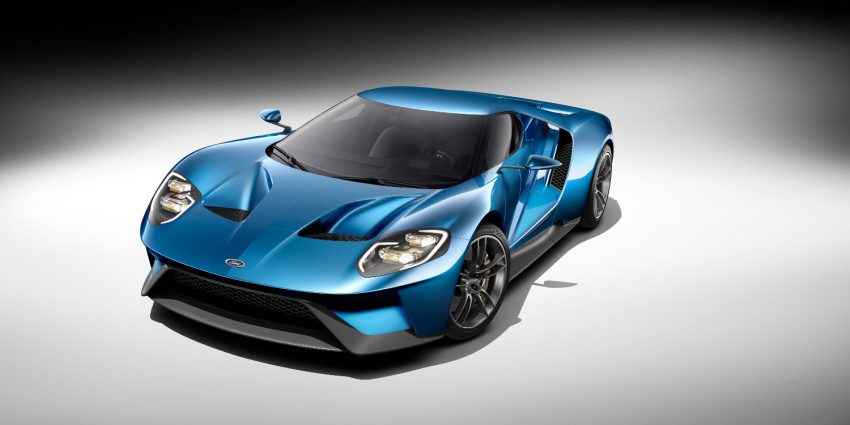 The forthcoming 2017 Ford GT is, rather needless to say, one of the most highly-anticipated supercars on the planet right now. The BBC’s Top Gear was given an exclusive look behind the locked doors of the new Ford GT’s humble design studio, offering us some illuminating insights into its development.

Perhaps the most interesting thing about the latest Ford GT supercar is the level to which the project was kept secret – not only from the press, but from those at Ford Motor Company who weren’t lucky enough to be included in the project. Ford Design Director for the Americas Chris Svennson told Top Gear: “Very few of us had access to [the project] and we weren’t allowed to talk about it. So, we created a room outside of the normal studio. Literally, a handful of twelve people, including some key engineers, had access to the room.

“We went old school, we had keys. And not until we unveiled the car last year at Detroit, did anybody else in this building know about it.”

That may sound like a simple case of paranoia, but it paid off; to our knowledge, the top secret project was never leaked ahead of its 2015 NAIAS debut. Like most, the first we heard of it was when it was finally uncovered.

As for the car itself, Ford Performance Chief Engineer Jamal Hameedi explained that everything about the Ford GT supercar started with a target of aerodynamic efficiency. Mr. Hameedi: “If anyone knows anything about Le Mans, it’s always low down force that’s efficient. I think that’s what makes the Ford GT more special than the Ferrari or the McLaren is that the purpose of this car, and the efficiency of the racing, goes right down to the very core of its existence.

He continued: “For example, the powertrain selection was unusual because it was a secondary criteria to the main aerodynamic signature of the car. The aerodynamics were developed first, and then we picked the most efficient [EcoBoost] engine that we could find for that package.”

Like many, we had initially questioned Ford’s choice to use a powerplant with so few cylinders (six) in the 2017 Ford GT, especially given the supercar’s historical precedent for utilizing a V8. Top Gear raised the same point, with which Mr. Hameedi promptly disagreed, saying: “Le Mans is very much a [fuel] economy race… [This engine’s] mass per bhp, and mass per lb-ft of torque, as well as its centre of gravity, all of those are vastly superior to a V8. If the other guys want to haul around two cylinders not doing anything, then go ahead, but a six cylinder is all we need.”

For the full story, head on over to Top Gear‘s website.