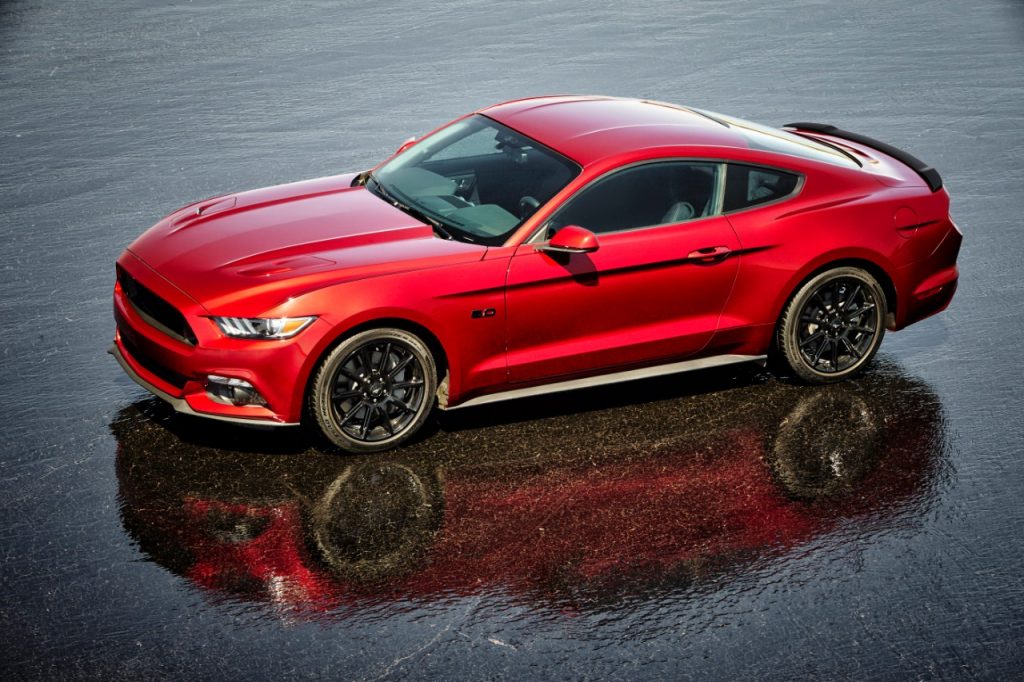 With America’s venerable Ford Mustang finally reaching the UK after so many decades, British publication Auto Express decided to pit it against a bit of an unnatural competitor in the sports-coupe segment: the Jaguar F-Type R.

As we’ve said, they’re rather unnatural competitors. For one thing, the Jaguar F-Type R costs nearly twice as much as the Ford Mustang GT in the UK. But consider that each is sort of the golden child of its respective home country – the F-Type being the spiritual successor to the E-Type. Further, both the Jaguar E-Type and the Ford Mustang came along around the same time, during the 1960s.

After going through the driver aids, history, and smaller engine options available on each model, Auto Express concludes that the Ford Mustang GT is a more appealing proposition than the pricier, more premium Jaguar F-Type R. “It may feature some cheap interior parts and be expensive to run, but the newcomer’s price tag, looks and sheer charisma mean you quickly forget these issues,” they write.

“Add in a great chassis that meant it held its own against a far more expensive rival, and it’s a genuine performance car bargain.”

Ford E-Transit Awarded Van Of The Year By UK Publication

Vintage Racing At Its Best: Shelby Cobra vs. Jaguar E-Type