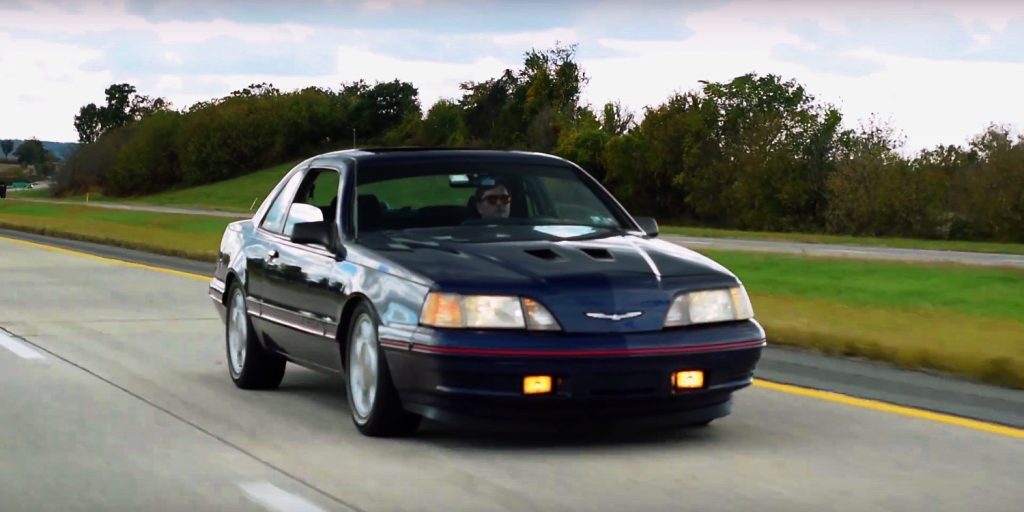 The Ford Thunderbird Turbo Coupe was a Fox platform-based “personal luxury” coupe powered by a 2.3-liter turbocharged four-cylinder engine – essentially the same as that in the Fox-based Mustang. It was relatively aerodynamic for its time, with the 1983 model achieving a drag coefficient of just 0.35. Model years 1983 through 1988 constituted the entire ninth generation.

The 2.3-liter turbo engine featured in the ’87-’88 Ford Thunderbird Turbo Coupe produced 190HP when paired with the 5-speed manual transmission; output was limited in cars with automatic gearboxes for the sake of longevity. That was quite an impressive output figure for the time. In addition, anti-lock disc brakes occupied all four corners, and Automatic Ride Control came standard, which could firm up the suspension under cornering or when turbo boost pressure exceeded 10 psi.

As puzzling and confused an offering as the Ford Thunderbird Turbo Coupe was within Ford’s 1980s lineup, the car was quite well-liked, winning Motor Trend‘s Car of the Year in 1987. Even Regular Car Reviews is strangely taken with it, calling it a “driver’s driver’s car.” Whatever that means.

For the full low-down, watch the full video review above.