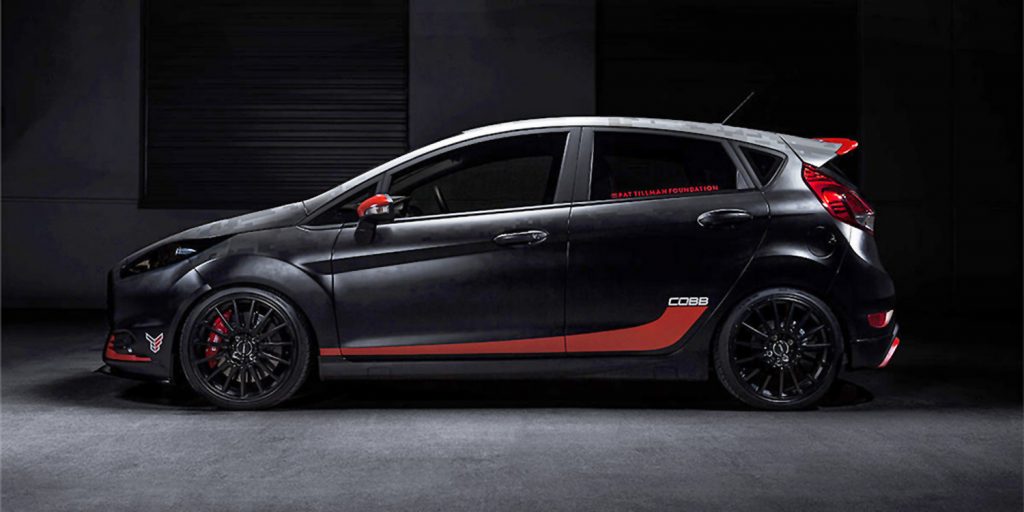 At the recent Barrett-Jackson car auction in Scottsdale, Arizona, the one-of-a-kind custom Ford Fiesta ST pictured above crossed the block, selling for a final bid of $27,500.

Shown at the 2013 SEMA show in Las Vegas, this one-off 2014 Ford Fiesta ST features a 2.5-inch turbo-back exhaust system, cold air intake, an upgraded intercooler, and handheld tuning via Accessport. The result of all this is 200 peak horsepower and a mighty 270 lb-ft of torque. As you can see, it wears a dark camouflage pattern with bright red contrasting graphics and Cobb lettering on the body.

To check out more images of this 2014 Ford Fiesta ST tribute car, be sure to stop by the Barrett-Jackson website.

Autocrossing A Base 2014 Ford Fiesta: Video