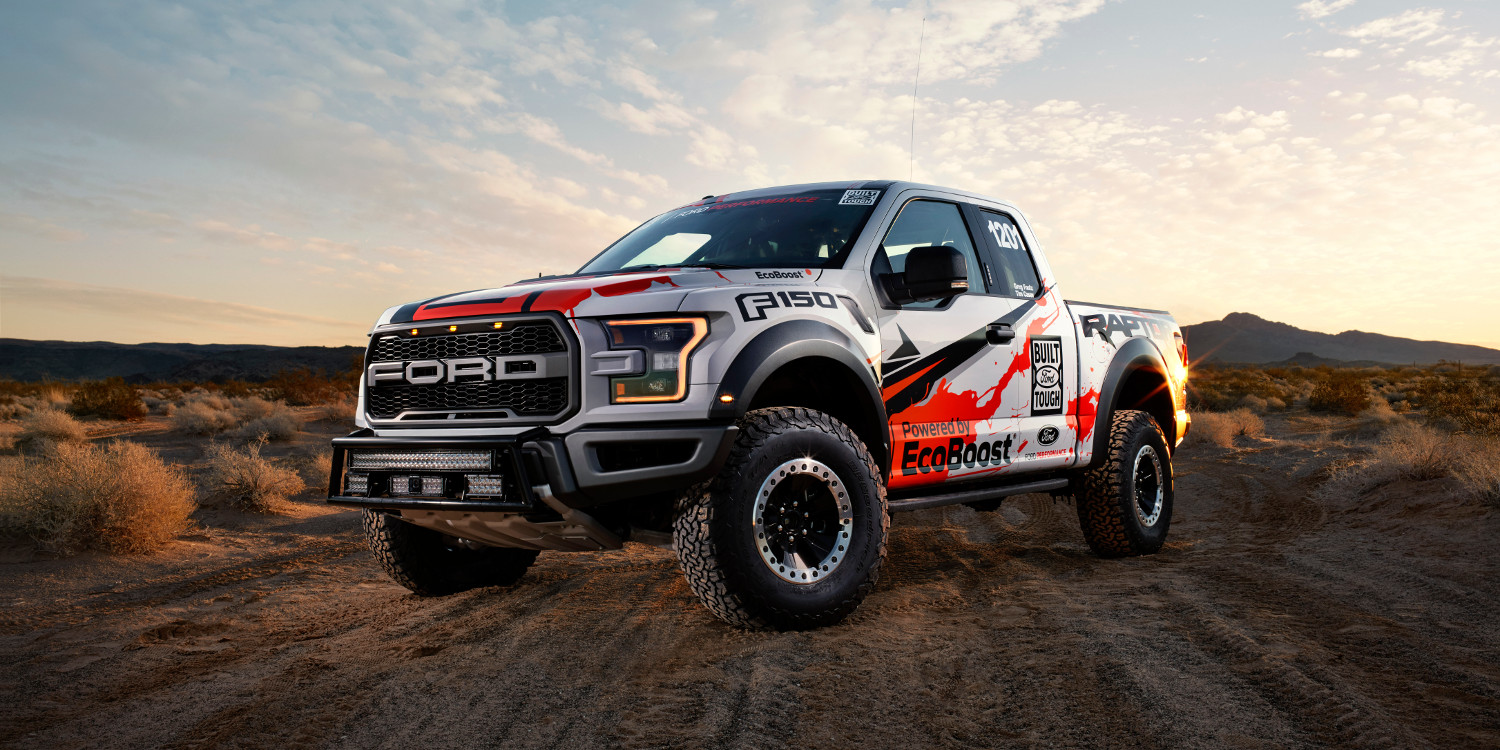 The 2017 Ford F-150 Raptor off-road performance truck doesn’t just look the part; it’s a superbly capable machine engineered from the ground up to tackle whatever a trail should throw at it.

To prove it, Ford is putting its money where its mouth is, and will be running the new Ford F-150 Raptor in the “Best In The Desert” (BITD) off-road racing series this year. The truck will be competing in the new factory stock class. That means the racing truck will be devouring desert landscapes with the same 3.5-liter EcoBoost engine and 10-speed automatic that customer trucks will ship with.

“The all-new Raptor has the DNA of a Baja race truck, with a purpose-built engine, chassis and suspension that enables it to travel fast over challenging desert landscapes or crawl over rocky terrain,” says Ford Performance Chief Engineer Jamal Hameedi.

Apart from that winning engine/transmission combo, the new Ford F-150 Raptor boasts a fully-boxed frame, lending to greater rigidity and durability than a run-of-the-mill half-ton pickup. It also features a torque-on-demand transfer case, a Torsen limited-slip front differential for increased front grip, and a set of beadlock-capable 17-inch wheels.

Said Ford’s race truck builder Greg Foutz of Foutz Motorsports: “This is the most stock truck I’ve ever seen in my time building Ford race trucks. Without custom technology or other modifications, this all-new Raptor is ready to prove the toughness and performance in the Best in the Desert series.”

The first race of the 2016 Best In The Desert series is in Parker, Arizona this week. You can watch the all-new 2017 Ford F-150 Raptor perform there.