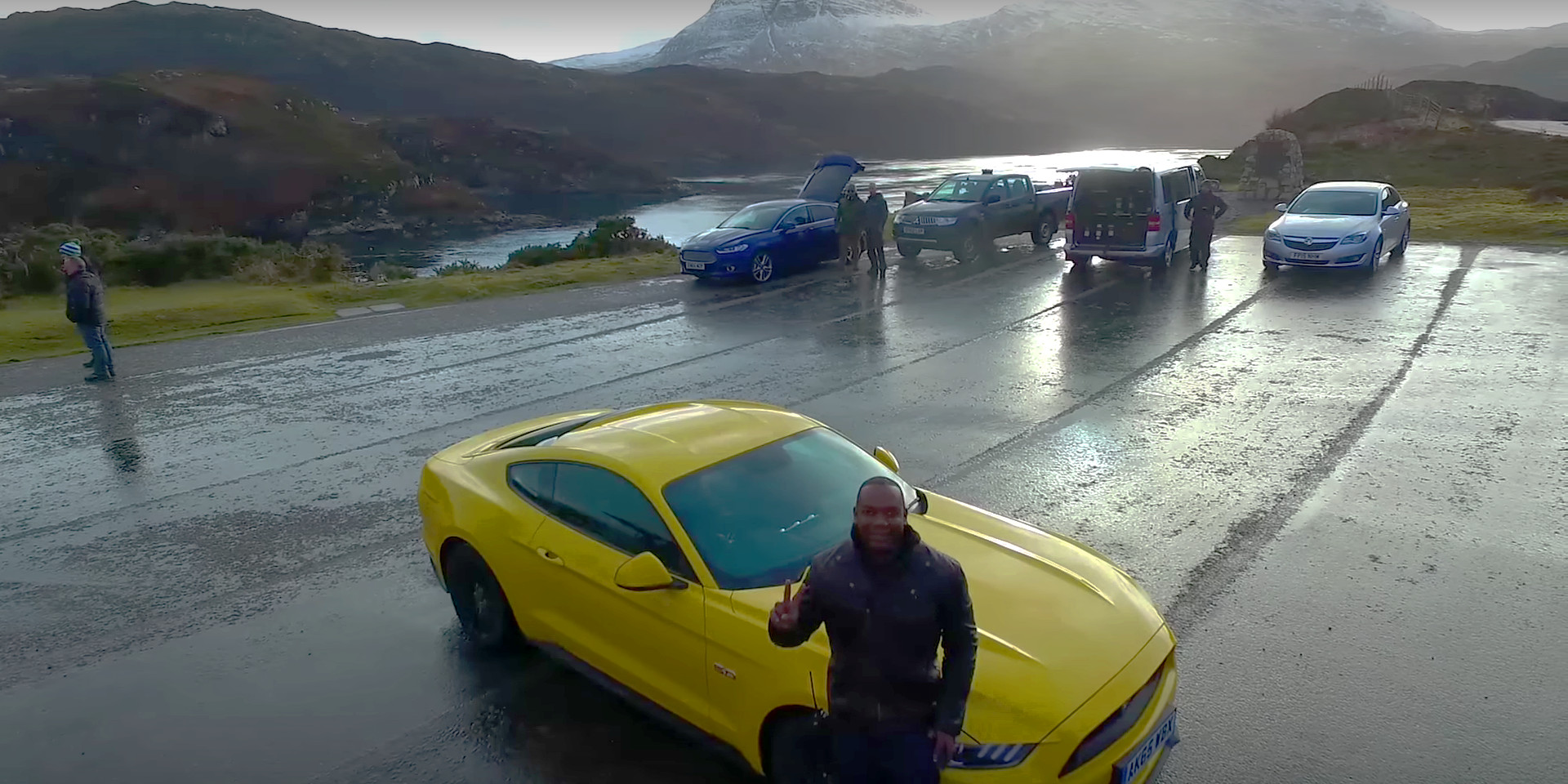 On Valentine’s Day, Scottish man Keith Bremner, 41, stumbled into something many could only dream of witnessing: an in-progress shoot for the BBC’s Top Gear television series.

He even has the drone footage to prove it.

According to the Daily Mail, Bremner was out for a leisurely drive last Sunday with his wife, Jennifer, when a bright yellow Ford Mustang caught his eye driving across a bridge in the Scottish Highlands. Being an avid photographer and gadget-lover, Bremner happened to have an R/C quadricopter in the car; he promptly pulled over, and began shooting video.

As it turns out, that bright yellow Ford Mustang was being driven by none other than new Top Gear presenter Rory Reid, for a segment incorporating both the latest-generation pony car, and one built in 1967.

Eventually, Mr. Bremner’s presence was noticed. “When Rory got out of the car he said hello, he was a lovely chap,” said Bremner. “He recognised the drone because he had one too. He then told me he was enjoying filming the first Top Gear segment and joked he was doing a lot of waiting around – but liked Scotland.”

“He was excited, friendly and more than happy to have a short chat.”