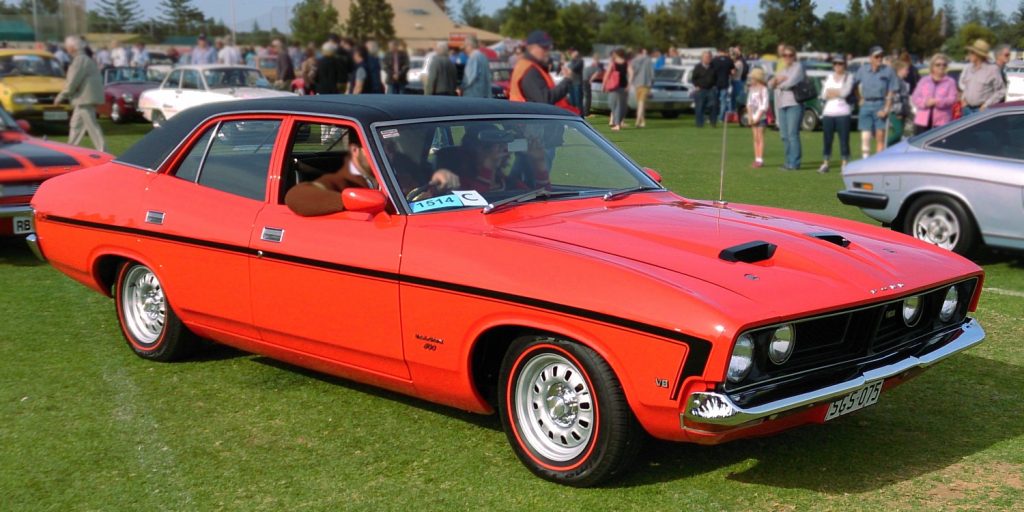 An Australian man by the name of Chris Bitmead and his custom 1976 Ford Falcon have made the voyage from Australia to Detroit in order to be the first Australian participants in the 64th annual Meguiar’s Autorama this weekend. The annual Autorama brings together custom cars, hot rods, and those who love them for several days of exhibition and special events.

According to the Detroit Free Press, Bitmead’s blue and gray 1976 Ford Falcon travelled from Perth, Australia to the western port of Fremantle, at which point its custom shipping container was loaded onto a ship headed for Philadelphia through the Panama Canal. From there, it made its way to American Speed Co. in Plymouth, awaiting this weekend’s event in Detroit.

The classic Australian Ford Falcon will compete with an estimated 800 other custom cars and hot rods for the “Ridler Award,” which goes to the best of show, and comes with a $10,000 prize.

Chris Bitmead, a 50 year-old Civil Engineer, remarked: “I like the idea of building something, be it a car or whatever, as good as I can. I want to make it as good and precise and unique as I can make it.” He bought the Ford Falcon – then a project car in pieces – in 2007 for $8,000. Working nights and weekends, with help from numerous people, Bitmead completed the car over the course of several years.

An estimated 30,000 man hours were expended in the process.

“At first glance, it looks like a 1976 Falcon coupe,” he said. “The more you look at it, the more it’s different from the original. The suspension, the brakes, the driveline, the engine, the transmission… Every panel on the body been modified. We made all the glass for the car and all the indicators.”

He went on to say: “This has been an eight-year project for me and a massive, massive commitment. I can’t build another car to this level again.”