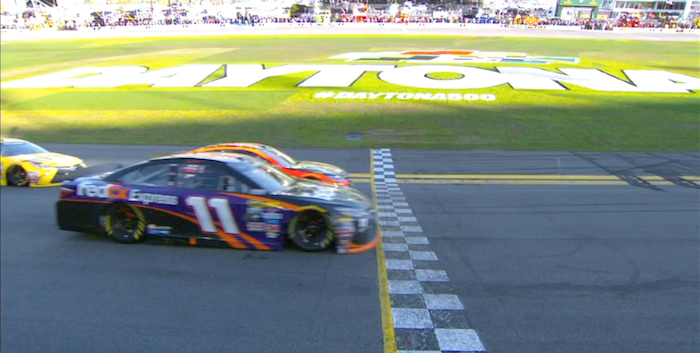 Denny Hamlin narrowly beat fellow Toyota driver Martin Truex Jr. to the finish line Sunday to take his first-ever Daytona 500 victory. Hamlin made his pass for the lead out of Turn 4 on the final lap of the 500-mile affair, nudging his Joe Gibbs Racing teammate Matt Kenseth aside as he jetted past him to the front of the pack.

The highest-finish Ford driver Sunday and the only Ford in the top ten was Team Penske’s Joey Logano, who wound up sixth, sandwiched between the No. 42 Chevrolet of Kyle Larson in seventh and the No. 19 Toyota of Carl Edwards in fifth. Ford described it as a “a tough day for the Blue Oval crew,” after they only led one lap, which was by Bobby Labonte due to his pit cycle.

Hamlin’s win was Toyota’s first-ever Daytona 500 victory and was the first Daytona 500 win for Joe Gibbs Racing in 23 years. The Tampa, Florida native also won the Sprint Unlimited race at Daytona last week, making him only the sixth-ever driver to win both the Sprint Unlimited at the 500 in the same season. He was a favorite to win Sunday as a result of his Sprint Unlimited victory, but he didn’t think it would happen after finding himself in fourth on the final lap.

“I had no anticipations of winning this race on the white flag lap,” Hamlin told NASCAR.com. “I didn’t know we had won. I knew it was close. I saw the pylon change and blink at the last second with the 11. I heard people on the radio crazy and excited and assumed we won at that point.”

“This was a team victory,” he added. “My teammates did an amazing job all day; this is a proud moment for everyone at Toyota. I don’t know what happened, I can’t even figure out what I did.”

Ford will be looking to improve on its Daytona 500 performance when the NASCAR Sprint Cup Series heads to Atlanta Motor Speedway next weekend for the Folds of Honor QuikTrip 250. Click here for full results from the 2016 Daytona 500 and here for a full schedule of next weekend’s NASCAR festivities. 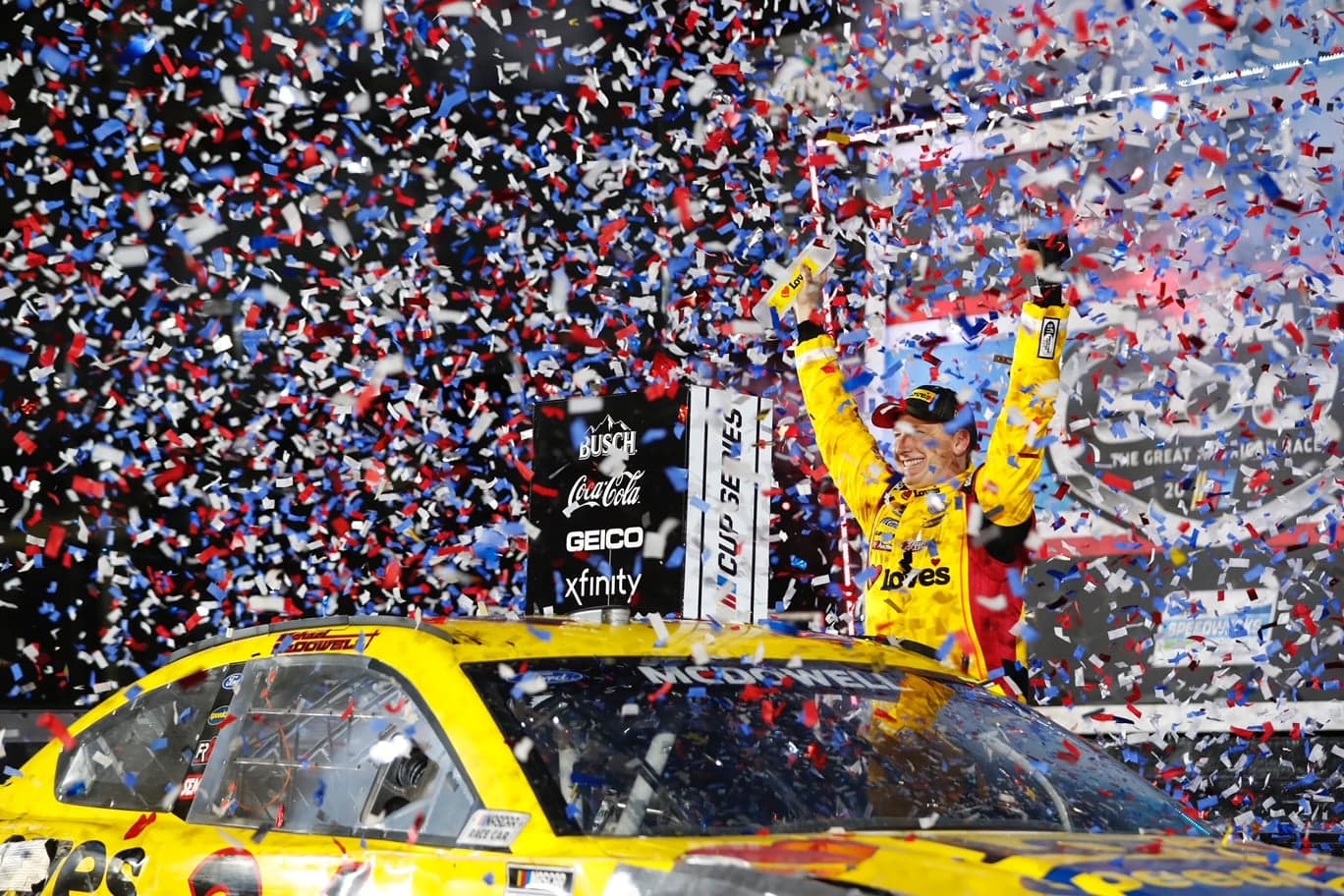