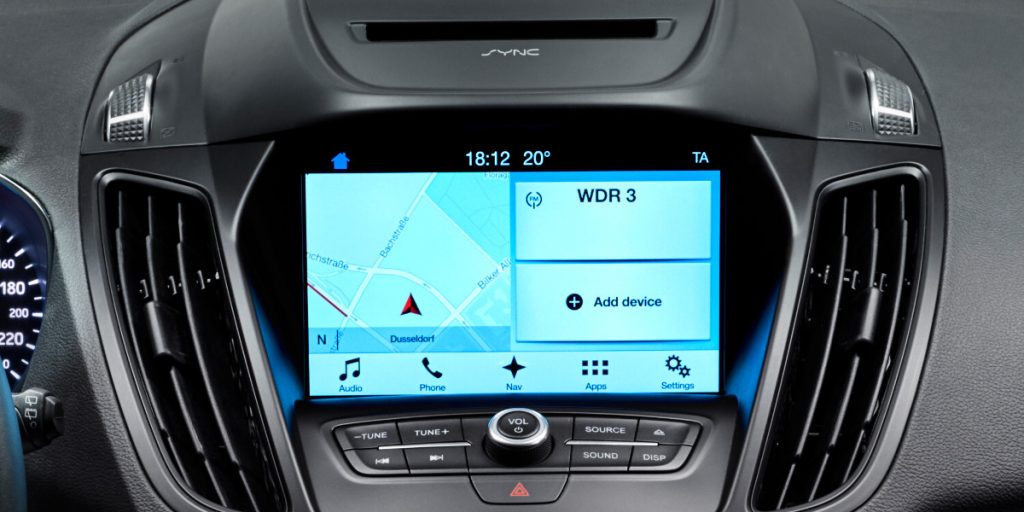 Ford today is announcing the introduction of the latest SYNC 3 infotainment system in Europe, debuting to the public on the refreshed Ford Kuga (Escape) crossover utility vehicle.

The big change with regard to SYNC 3 over previous iterations of the system is the immense improvement in speech-recognition. Ford promises that European customers will be able to control entertainment, navigation, connected smart devices, and more with simple, conversational commands; phrases as simple as “I need a coffee” or “I need to park.” SYNC 3 can be paired with both Android- and iOS-powered devices, and in the new Ford Kuga, an 8-inch touchscreen gives users direct control, featuring pinch and swipe gestures for the first time.

The infotainment system will launch on the Mondeo sedan, and S-MAX and Galaxy people-movers, and of course, the Kuga crossover.