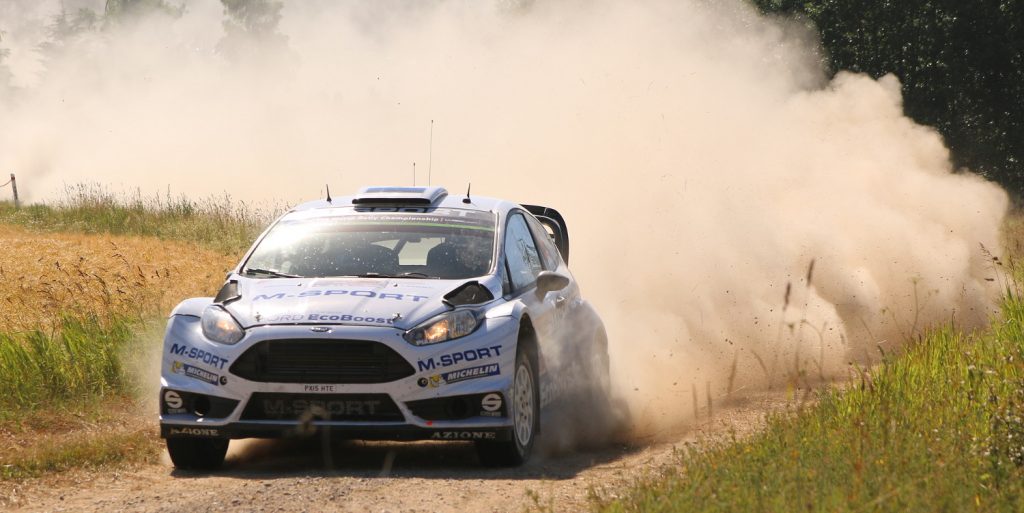 In the video above, Henry Catchpole from Evo takes the M-Sport Ford Fiesta RS WRC out for a spin on its home turf: dirt and mud. It’s some pretty spirited driving for a journalist to be partaking in.

The Ford Fiesta RS WRC is the rally racing car developed and introduced by Ford for the 2011 World Rally Championship season. It has all-wheel drive, and is powered by a turbocharged 1.6-liter engine which produces some 315 horsepower and 425 lb-ft of torque. Weight is 1,200 kg (2,646 lbs) – just enough to pass FIA regulations. Since Ford withdrew from the WRC after the 2012 season, the Ford Fiesta RS WRC has continued to be campaigned by a number of different teams, including M-Sport.

For those of us wishing that Ford’s performance division would build a road-going Ford Fiesta RS to compliment its Focus RS brother, this is the benchmark.