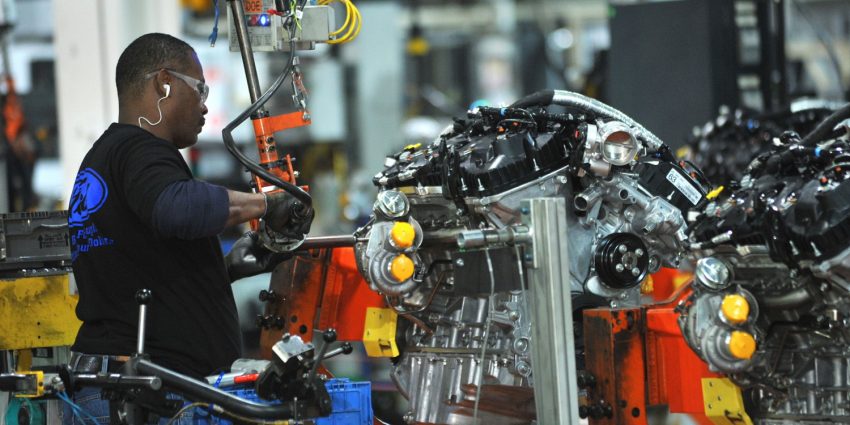 Ford Motor Company has announced a planned $145 million investment into its Cleveland Engine Plant, in order to support production of the all-new second-generation 3.5-liter EcoBoost engine for the Ford F-150 lineup.

Ford states that as many as 150 jobs at the Cleveland Engine facility will be created or retained in the process.

Ford’s Cleveland Engine Plant already produces the current 3.5-liter EcoBoost engine, which can be found under the hood of the 2016 Ford Expedition, Explorer, F-150, Flex, Transit, and Taurus. A new, high-output version of the second-generation 3.5L unit will be used in both the Ford GT supercar, and in the new F-150 Raptor performance truck. In the latter application, it’s expected to produce 450HP or more, and will be paired with a new 10-speed automatic transmission.

“Ford customers have embraced EcoBoost’s unbeatable combination of power and efficiency, with more than 60 percent of F-150 customers choosing trucks powered by EcoBoost,” said Ford President of the Americas Joe Hinrichs. “This second-generation 3.5-liter EcoBoost engine is another great example of Ford continuously improving and innovating to give these hardworking customers the best engines and trucks we can.”

Ford’s investment in Cleveland Engine is part of a $9 billion investment promise made to the UAW during contract negotiations. The automaker also promised to create or retain at least 8,500 jobs over the next four years.