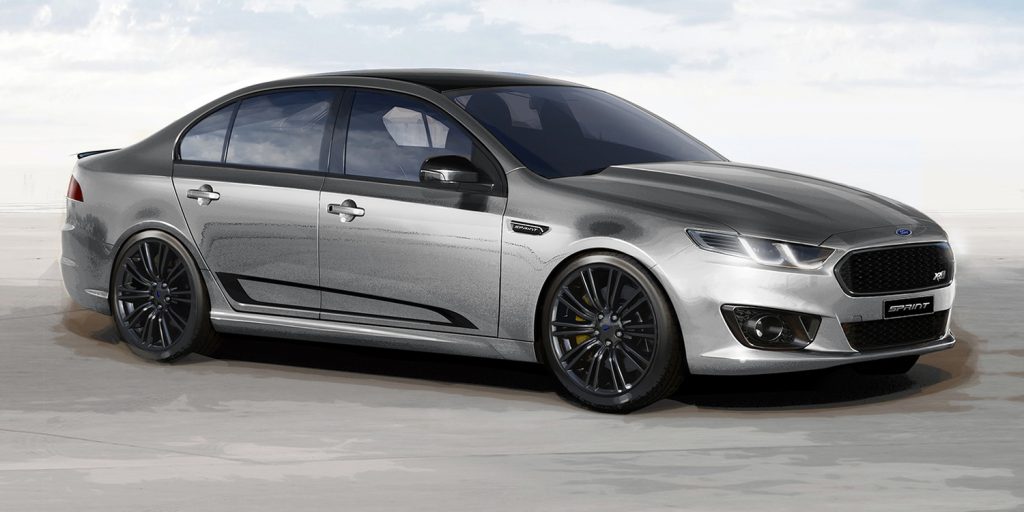 Where the twentieth century was one built from steel and iron, the twenty-first might well be defined by the advent of advanced, lightweight materials – certainly in the automotive industry, at least.

You’ll recall that the Falcon XR6 Sprint is one of two final, special edition models of the Australian-born Ford Falcon being cooked up to send the car off with a bang. According to Australia’s Car Advice, the carbon intake piece was developed with Melbourne-based firm Premcar, and is being produced by Geelong’s Quickstep. The piece is made from just four layers of carbon fiber threads, and weighs a mere 235 grams – about 1.7 ounces.

Granted, the original plastic piece in the “unspecial” edition Falcon XR6 Turbo weighed about 438 grams – or 3.2 ounces – so the weight savings are about equal to those provided by shaving off a large, bushy beard. But carbon fiber has other desirable attributes beside weight; in this case, Ford Australia says that the carbon fiber intake helps to cope with higher pressure without distorting. Furthermore, it ought to cope with heat better, and its thin-walled design helps to maximize usable surface area while meeting packaging requirements.

Said Ford Australia CEO Graeme Whickman of the new component: “The Falcon XR6 Sprint’s new innovative carbon fibre engine air intake is the latest example of how our local engineers and suppliers will reshape the auto industry well into the future.” 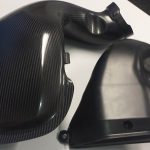 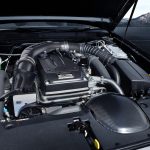