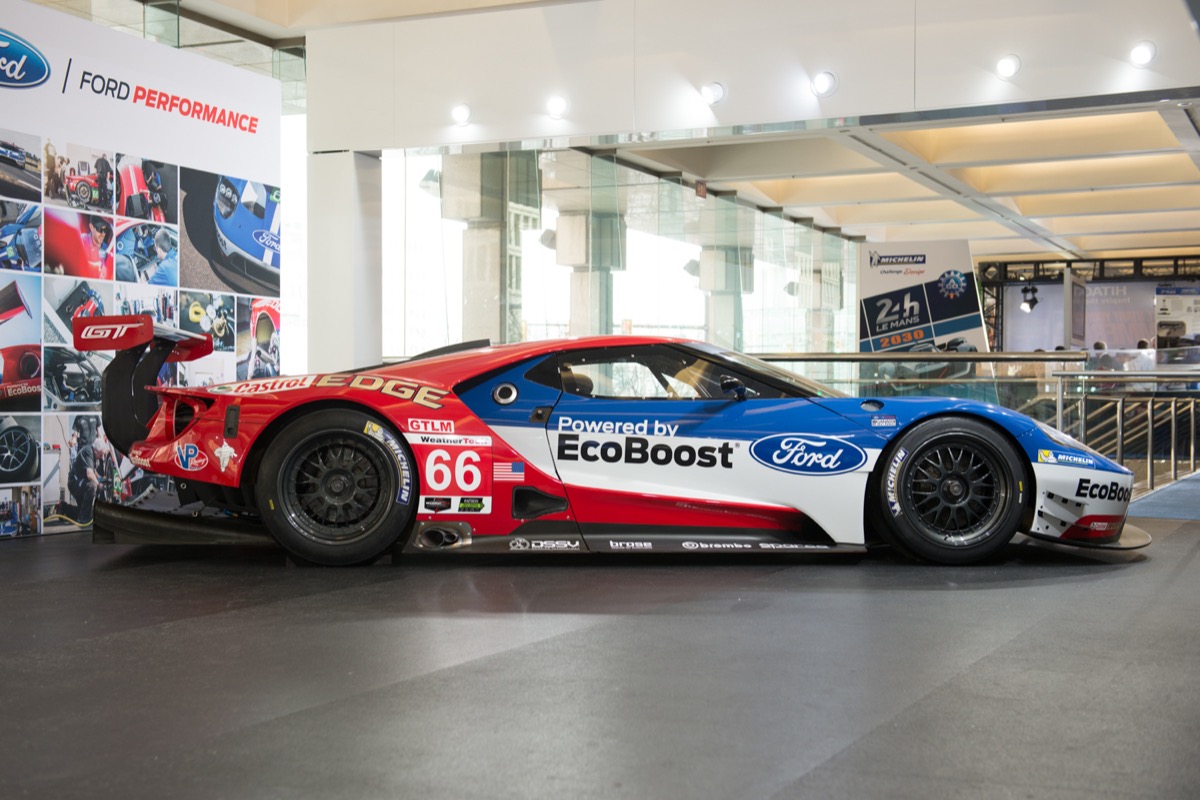 The Gulf Oil colors are likely the most iconic, recognizable racing colors around. They’ve adorned many a victorious race car throughout history, from the Ford GT40 to the Porsche 917.

Now, an artist has rendered the new Ford GT race car, fresh from its world racing debut at the Rolex 24 at Daytona, in the classic Gulf livery. You can find the images over at Carscoops.

Although the Gulf Oil company as we once knew it became defunct in the 1980s, Gulf Racing is still a present force in the auto racing world, its colors still found on competition cars to this day. The new Ford GT race car, however, has a comparatively un-sexy red, white, and blue theme. The renderings over at Carscoops breathe new excitement into the design, replacing the race car’s livery with metallic orange around the bottom portion of the car, and in a stripe running longitudinally down the roof. It also appears on the side mirrors, rear wing, and wheels, while a metallic blue hue covers most everything else.

For the full gallery, head to the Carscoops website, and of course, be sure to catch the Ford GT at the Mobil 1 Twelve Hours of Sebring on March 19th.