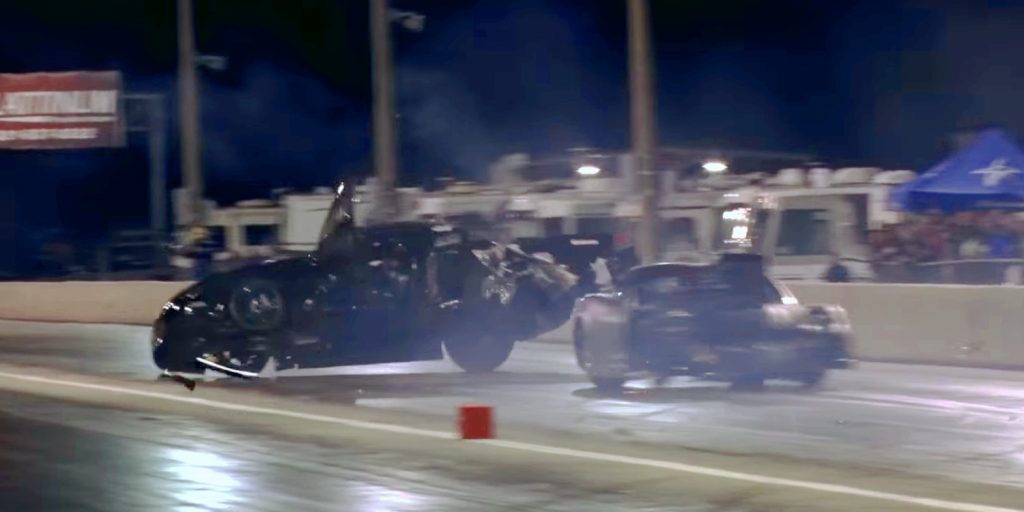 In racing, more than perhaps any other sport, the financial risk of competition can be astronomically high. Hundreds of thousands of dollars in machinery can go up in smoke in a split-second if fate isn’t on your side.

The drag race shown above is a good example, where a turbocharged Ford Mustang drag racer is involved in a nasty wreck when a supercharged Corvette drag car spins off-course. Happily, we can report that both drivers are okay after the wreck, but through no fault of his own, the driver of the Ford Mustang might now have an unrepairable car on his hands.

The camera operator at 1320Video spoke to the Ford Mustang owner – Dave Bowman – after the crash (around the 1:10 mark in the clip above). Bowman tells 1320Video: “I’m glad nobody was hurt, but that’s gonna–I don’t know if I’ll be able to fix that, and I don’t have the money to buy another one.”

Our heart goes out to Mr. Bowman and his mangled Ford Mustang drag car.