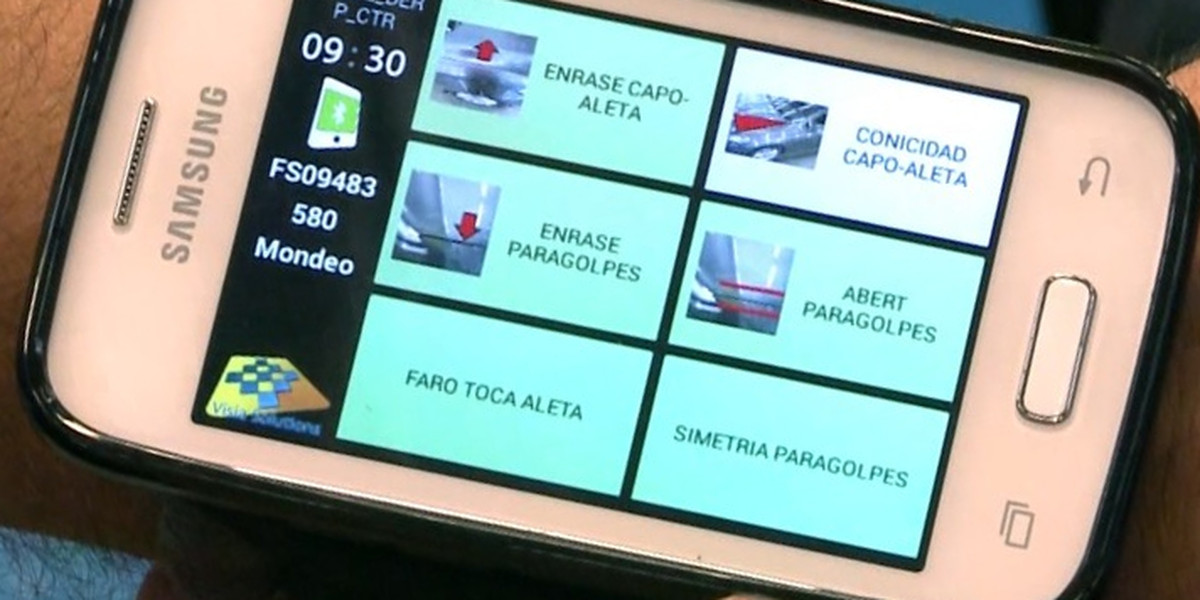 More than a century after Henry Ford put the assembly line philosophy to work producing automobiles, Ford Motor Company is still working on improving the process.

In fact, the Ford Valencia manufacturing facility in Spain has concluded a successful pilot program in which assembly line workers were given a mobile app with which to conduct quality checks. Instead of using a paper-based system in which Ford Valencia line workers routinely had to access information on desktop computers, walking more than a kilometer back and forth every day in the process, these same workers could perform quality and specification checks with a wrist-worn mobile device running an Android mobile app.

During the Portable Quality Assurance Device’s pilot testing, Ford Valencia workers were able to perform each quality check 7 seconds quicker than before, with a 7 percent reduction in human error. For a facility with production expected to exceed 400,000 units this year, that’s no small improvement in efficiency.

“Smart mobile technology increasingly helps my colleagues and my family organize our personal lives,” said Ford Production Manager Ramón García. “It struck me that we could apply similar technology to the workplace – and improve the automotive production process. This technology helps us to better handle the increased complexity of more vehicles and more vehicle specifications being produced on a single assembly line.

“The initial feedback from production line workers has been very positive and we are actively looking at other areas in the process where we could deploy digital innovation and further increase quality and efficiency.”