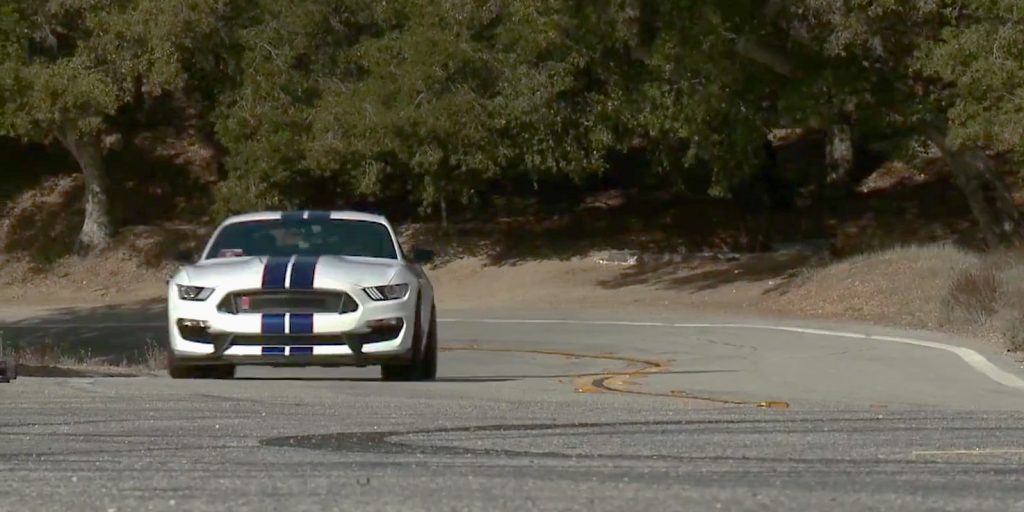 Jay Leno is, by most accounts, a very lucky man. Not only does he boast one of the most impressive personal car collections in the US, but he was able to acquire one of the most highly sought-after sportscars in recent memory. Mr. Jamal Hameedi was, of course, one of the chief persons responsible for making the Shelby GT350R possible.

So what compelled Mr. Jay Leno to run out and buy the 50th anniversary Shelby GT350R? His view is one shared by us here at Ford Authority: that the latest Shelby Mustang is more balanced and satisfying to drive than its muscular 2013-’14 Shelby GT500 predecessor.

Interestingly enough, a prior episode of Jay Leno’s Garage tested a set of carbon fiber wheels from Australian company Carbon Revolution. Unbeknown to anyone at the time, that small Australian company would later go on to make wheels for the new Shelby GT350R Mustang.

For the whole story – and plenty of insights from Ford Performance’s Jamal Hameedi – be sure to watch the full episode above.