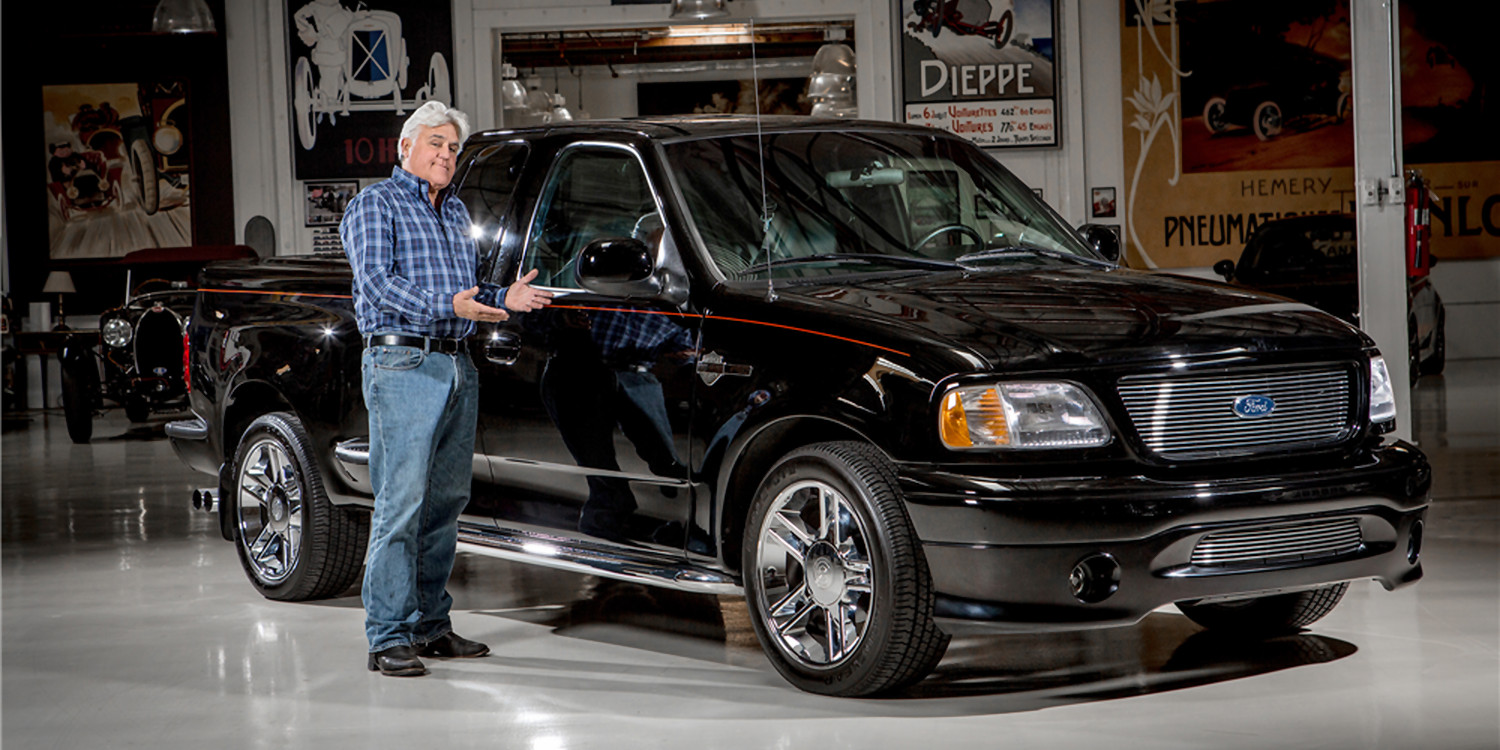 To benefit the National Multiple Sclerosis Society, talk show celebrity and notorious gearhead Jay Leno auctioned off his personal, one-of-a-kind 2000 Ford F-150 Harley-Davidson Edition over the weekend. The truck brought in some $200,000 to aid the non-profit in its fight for a better quality-of-life for the affected, and its efforts to fund research.

The Harley-Davidson Edition of the Ford F-150 first appeared for the 2000 model year pickup. Mr. Leno’s example is singularly unique because it’s the only example to have shipped with the same supercharged 5.4-liter Triton V8 as was in the SVT Lightning performance model. This example was made specially for Jay Leno by Ford, and engine output was around 360 horsepower and 440 lb-ft of torque when new.

The supercharged Triton V8 from the SVT Lightning wouldn’t officially be offered to Harley-Davidson Edition customers for another two years, and then only with a larger upper pulley for reduced boost pressure.

Beyond the powertrain, this Ford F-150 Harley-Davidson Edition was further enhanced with lowering springs and heavy duty sway bars. While we don’t know who ended up winning the bid for this very special truck, we do know that they’ve inherited a unique piece of Ford truck history.